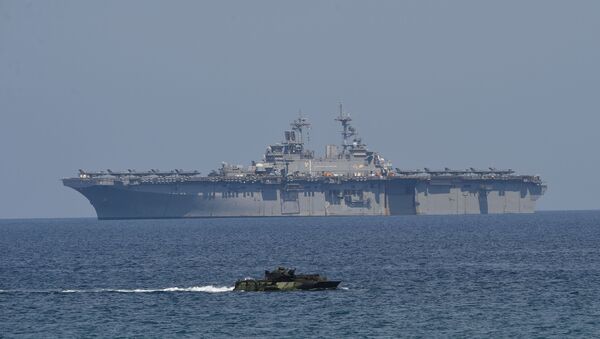 Finian Cunningham
All materials
The US-led NATO alliance this week designated a whole new hemisphere to itself for “security” operations. No longer merely an “Atlantic” organization, it’s assuming the role of policing the Pacific. Quite a self-promotion.

NATO’s Secretary-General Jens Stoltenberg, speaking during a visit to Australia, talked about "the need" to deploy military forces in Asia-Pacific to counter the "rise of China".

With laughable double-think, Stoltenberg declared: "This is not about moving NATO into the Pacific, but this is about responding to the fact that China is coming closer to us."

Right. So are there Chinese warships patrolling European waterways, or Chinese missile systems being established along America’s borders? No, the Norwegian former prime minister, who is the civilian boss of the US-led military alliance, “rationalized” his claim about China “coming closer to us” with the following alleged “offensive” behaviour.

In other words, in Stoltenberg’s view, China’s legitimate development as an economic power is somehow a malign security threat. How dare China do that!

Never mind that cash-strapped European governments have actually welcomed Chinese capital investment for building new telecoms infrastructure, as have many African nations who view China as a much more viable strategic partner after decades and centuries of US and European exploitation of that continent.

China is, in effect, being criminalized by the NATO talking-head for simply becoming a global economic powerhouse. And in that way, Stoltenberg is showing just how abject a lackey he is to his ultimate bosses in Washington.

The North Atlantic Treaty Organization has always been a euphemism to permit a European cover for American imperialism. Since its formation in 1949, NATO has long been used as a stalking horse for US aggression towards the Soviet Union, and latterly, the Russian Federation. The US-dominated alliance should have been abolished years ago when the Cold War officially ended in 1991. Rather, it has continued to expand, doubling in size to now include some 29 member states. 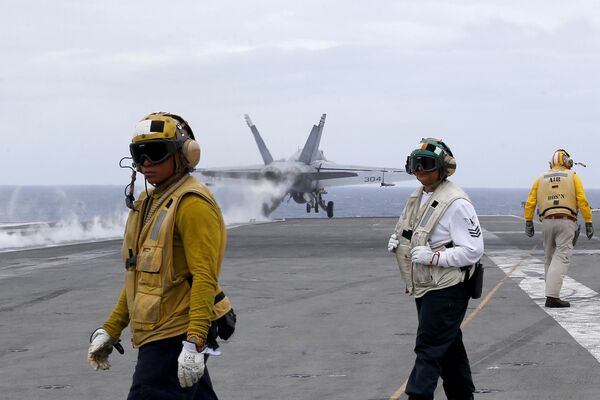 Now it is expanding its imperialist flunkey-role to target China, in total obeisance to US President Donald Trump’s policy of aggression towards Beijing. Note how Stoltenberg dutifully adopts and spins the Trump administration’s twisted narrative accusing China of being an "emerging threat" to global security.

The reality is the US is the primary threat to world security from its unhinged aggression towards China and simultaneously many other countries, including Russia, Iran, Venezuela and Syria.

With regard to China, Washington’s hostility is propelled by its demise as a global economic power. Accusing China of "currency manipulation" and "unfair trading practices" is just a pretext for justifying unlawful American militarism towards Beijing in a desperate attempt to salvage the chronic economic failure of US-style capitalism.

The Trump administration is brazenly trying to vandalize China’s economic development with punishing trade tariffs backed up with the mailed fist of militarism.

Pentagon chief Mark Esper last week gave notice that the US intends to install ground-based medium-range missiles in the Asia-Pacific. Conveniently, that move came only days after the Trump administration announced its official withdrawal from the Intermediate-range Nuclear Forces (INF) Treaty with Russia.

Washington is giving itself a license to ring-fence China with nuclear and other ballistic missiles, which would have been banned under the INF Treaty.

The US and its NATO camouflage are escalating the danger of war in the Asia-Pacific through an unprecedented military buildup in the region. This week, the US nuclear-powered aircraft carrier USS Ronald Reagan sailed through the South China Sea in the same week that the Trump administration ramped up its trade war with Beijing. In the name of "freedom of navigation", the US has been steadily increasing its warship presence near Chinese territory (in an analogous way to what it is doing in the Persian Gulf against Iran). Ironically, but with no intention of irony, American publication The Hill reported the USS Ronald Reagan was "a show of strength against Chinese aggression".

The absurd double-think of the Americans and their NATO minions with regard to China is echoed in similar outlandish claims that Russia is posing a threat to European security – omitting the fact that Russia’s proximity is because NATO has relentlessly moved its forces up to Russia’s borders. 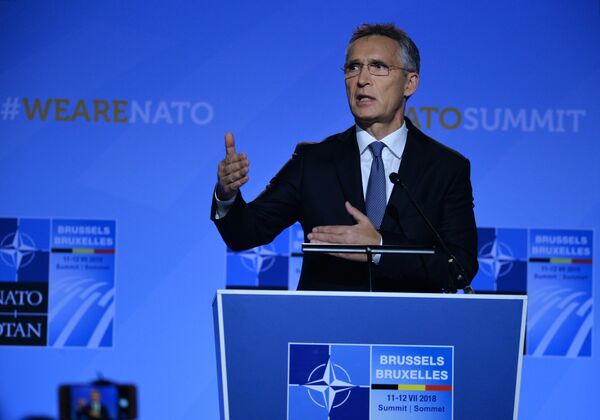 Jens Stoltenberg and other European cheerleaders for American aggression are probably the most execrable specimens imaginable. The out-of-control warmongering by Washington against the rest of the world is so flagrant and audacious. And yet we see the pathetic spectacle of toadies like Stoltenberg turning reality on its head, thereby fueling the danger of wars while, no doubt, calculating his next highly-paid job at some future pro-NATO think-tank.

And typically, Western corporate-controlled news media report Washington and NATO’s absurd propaganda claims against China, Russia and others, as if worthy of serious consideration, instead of exposing them with the disdain that such warmongering propaganda deserves. What next? China and Russia are "threats" because they merely exist?