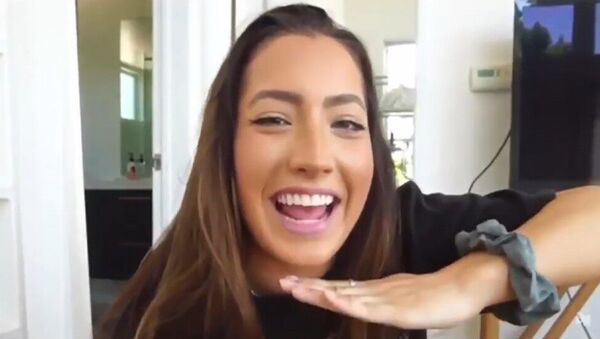 The Los Angeles Police Department has launched an investigation into YouTube creator Brooke Houts after a video went viral showing Houts appearing to abuse her dog.

The video that went viral showed Houts, who has more than 330,000 subscribers, recording a video, and seemingly smacking and spitting on her dog intermittently as her pet was disturbing her and interrupting the video. The unedited version of the video was uploaded on YouTube but taken down shortly after, according to The Verge.

YouTube Brooke Houts is under fire after accidentally uploading a video where she can be seen beating, shoving and spitting on her dog. pic.twitter.com/nNBUd6CIrx

Houts issued a statement on Twitter denying that she is a dog abuser. She apologized to “anyone who has been affected negatively by the footage” and said that when the video was shot, “things in my outside life have been less than exceptional.”

Houts later defended part of her behaviour based on the fact that her dog is 75 pounds and “when he is jumping up in my face with his mouth open, I, as a dog parent, have to show him that this behaviour is unacceptable.”

To everyone who has been commenting on my social media as of recently: pic.twitter.com/gnxUbfVHdf

The Los Angeles Police Department told The Verge it has launched an investigation as to whether animal abuse occurred after receiving “numerous complaints.”

“Our Animal Cruelty Task Force has received numerous complaints about the video you’re speaking of and we are currently looking into the matter,” an LAPD media representative told The Verge.

Houts became the second media creator to be accused of animal abuse. Earlier in July, Twitch streamer Natalia “Alinity” Mogollon faced criticism for tossing her cat over her shoulder while streaming and trying to feed her pet vodka in one of her older videos.