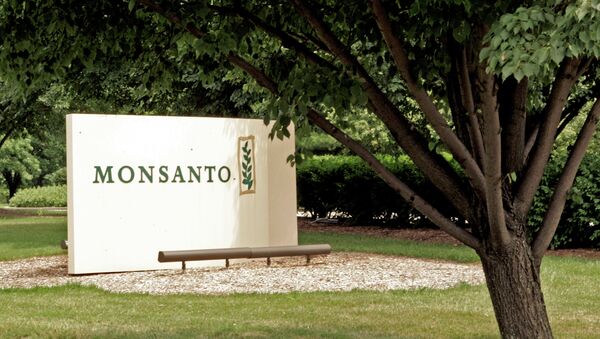 © AP Photo / James A. Finley
Subscribe
MOSCOW (Sputnik) - US agrochemical corporation Monsanto, owned by Germany's Bayer pharmaceuticals, had a comprehensive strategy in place to target journalists and activists investigating instances where the company's products were found to cause cancer, The Guardian reported, citing internal documents.

The Guardian discovered that Monsanto operated a "fusion center" to monitor and discredit the activities of critical journalists, including Carey Gillam, a former Reuters reporter who investigated allegations that the company’s weed killer product Roundup was a substantial factor in causing cancer.

According to the media outlet, Monsanto made deliberate efforts to discredit Gillam's book about the company, titled "Whitewash: The Story of a Weed Killer, Cancer, and the Corruption of Science," including by way of inspiring third parties and industry customers to post negative reviews. The company then paid Google to ensure that these very reviews showed up first in search results, the newspaper learned.

"I’ve always known that Monsanto didn’t like my work … and worked to pressure editors and silence me. But I never imagined a multi-billion dollar company would actually spend so much time and energy and personnel on me. It’s astonishing," Gillam told the media outlet.

US food research non-profit Right to Know (USRTK) and Neil Young, the renowned singer and songwriter who released an album in 2015 called the Monsanto Years, were also targeted by the company's corporate intelligence.

These documents were disclosed as part of ongoing court proceedings over the allegations surrounding the company’s weed killer. Monsanto has already been ordered by the court to pay billions in compensation to those who developed cancer after using the product.