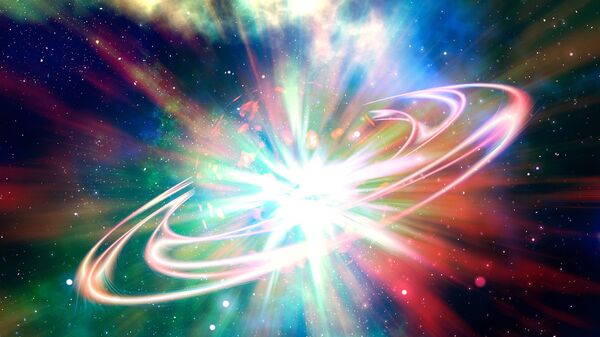 CC0 / /
Subscribe
International
India
Africa
Svetlana Ekimenko
All materialsWrite to the author
The Universe is believed to have been formed some 13.8 billion years ago; the Big Bang theory was first proposed by Belgian physicist Georges Lemaître, who suggested in 1927 that the expansion of the Universe could be traced back to a single point.

The Big Bang theory has been thrown into question in the wake of a Johns Hopkins University study published 7 August in Physical Review Letters that now suggests dark matter may have existed before the creation of the Universe.

The research offers a new idea of how dark matter was born and how to identify it using astronomical observations.

"The study revealed a new connection between particle physics and astronomy. If dark matter consists of new particles that were born before the Big Bang, they affect the way galaxies are distributed in the sky in a unique way. This connection may be used to reveal their identity and make conclusions about the times before the Big Bang too," says Tommi Tenkanen, a postdoctoral fellow in Physics and Astronomy at Johns Hopkins University and the study's author.

Although it is not directly observable, scientists know dark matter exists by determining its gravitation effects on how visible matter moves and is distributed in space.

For a long time, they believed dark matter must be a remnant substance from the Big Bang. All experimental searches for dark matter have been unsuccessful so far.

"If dark matter were truly a remnant of the Big Bang, then in many cases researchers should have seen a direct signal of dark matter in different particle physics experiments already," says Tenkanen.

Resorting to a simple new mathematical framework, the study showed dark matter may have been produced before the Big Bang, during an era known as the cosmic inflation when space was expanding very rapidly.

Theories suggest the rapid expansion led to production of certain types of particles called scalars. So far, only one scalar particle has been discovered, the famous Higgs boson. 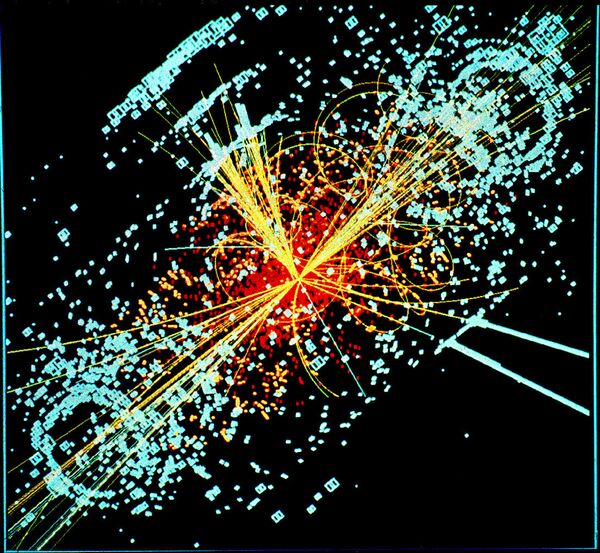 Following a collision of two protons, a Higgs boson is produced which decays into two jets of hadrons and two electrons.
© Wikipedia / Lucas Taylor

"We do not know what dark matter is, but if it has anything to do with any scalar particles, it may be older than the Big Bang," says Tenkanen.

The notion of dark matter pre-dating the Big Bang is not new, yet other scientists have failed to provide calculations that support the idea.

The new study shows researchers overlooked the simplest possible mathematical scenario for dark matter's origins, according to the study author.

"We will soon learn more about the origin of dark matter when the Euclid satellite is launched in 2022. It's going to be very exciting to see what it will reveal about dark matter and if its findings can be used to peak into the times before the Big Bang," concluded the scientist.