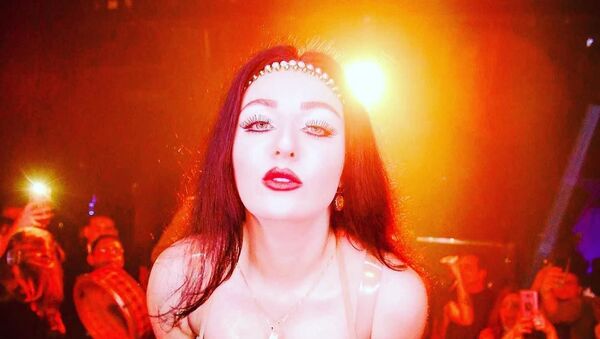 Facing accusations of “inciting debauchery” with her performance, the belly dancer insisted that she always wore appropriate outfits while on stage, and that she can’t be held responsible for the actions of members of the audience.

Popular belly dancer Sofinar Grigoryan, also known by her stage name Safinaz, may now be facing a jail term or even deportation from Egypt after a video of her dancing together with bikini-clad women started circulating online.

According to the Daily Mail, the video was recorded last month during Sofinar’s performance at an Egyptian resort.

During the performance, the dancer apparently invited one of the members of the audience to join her on stage, resulting in her dancing together with two swimsuit-clad women.

The resulting sight was apparently deemed "explicit" and "unacceptable" by many in Egypt, the newspaper notes, with Egypt's Censor Board accusing Sofinar of "inciting debauchery," while the local Musicians’ Syndicate also promised to take action against her.

If convicted, the dancer may be sentenced to up to three years of jail time and she may even be deported from Egypt.

In response, Sofinar insisted that she always wore an appropriate belly dancer outfit when performing, and that she couldn’t be held responsible for the actions of the other two women in the video.

"They both performed on stage half an hour before I went on. They joined me in the show and it wasn't my place to stop them from doing that," she said as quoted by the newspaper. "This isn't the first time women dance on stage like this [wearing swimsuits], especially at events held in beach resorts".