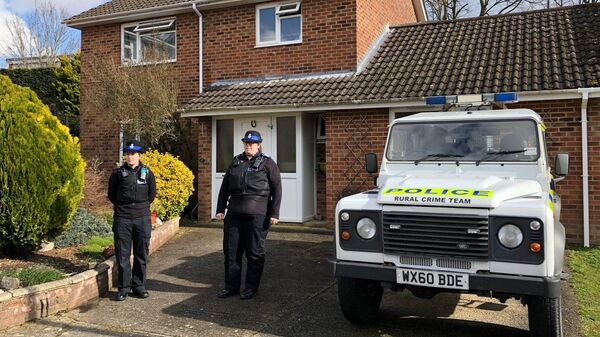 Kit Klarenberg
All materials
The Guardian has ‘exclusively’ revealed Scotland Yard is examining whether Vladimir Putin played a role in the apparent nerve agent attack on Sergei and Yulia Skripal in Salisbury, March 2018 – although Metropolitan Police Assistant Commissioner Neil Basu acknowledges he has “no case capable of being charged” against the Russian President.

The article states UK intelligence agencies assess Putin to have “likely” approved the alleged strike, over which two Russians – named by British authorities as Alexander Petrov and Ruslan Boshirov, although these are claimed to likely be aliases - have been charged by Metropolitan Police. A European Arrest Warrant and Interpol ‘red notice’ for their detention have also been issued by UK authorities.

Metropolitan Police Assistant Commissioner Neil Basu is quoted as saying investigations into the attack were ongoing, and “issues involved in bringing charges…were complex”, in a section strongly suggesting an EAW will be issued for the Russian President should it be proven he played any role in ordering or acquiescing to the attack. Nonetheless, the head of UK counter-terrorism policing evidently remains unconvinced one will ever be sought.

“You’d have to prove [Putin] was directly involved. In order to get an EAW, you have to have a case capable of being charged in this country. We’re police officers, so we have to go for evidence. There’s been a huge amount of speculation about who’s responsible, who gave the orders, all based on people’s expert knowledge [emphasis added] of Russia. I have to go with evidence,” Basu said.

Basu went on to add ‘Boshirov’ and ‘Petrov’ remained wanted for extradition “to be charged in this country”, and the police probe into what happened in Salisbury “is still a live criminal investigation”.

The Guardian’s report is profoundly puzzling. First and foremost, despite the clear implication of its headline, the substance of the piece is highly equivocal, and lacking in any purpose or newsworthiness – that two men made subject to extradition orders almost a year ago remain subject to extradition orders, and a vast number of people have apportioned blame for the attack to Putin (among other initiators) without supporting evidence of any kind, seems hardly notable or even worth noting in passing.

Moreover, the article clearly insinuates Boshirov and Petrov were charged by UK police for the death of Dawn Sturgess and temporary impairment of her boyfriend Charlie Rowley, who fell ill 30th June in Amesbury, Wiltshire. Rowley found a perfume bottle allegedly containing novichok at an indeterminate location and time and gave it to Sturgess as a present, who then sprayed the contents on her wrists. Rowley spent eight days in intensive care before doctors made the decision to switch off her life support, while Rowley spent 10 days comatose before regaining consciousness. He was discharged 10 days later. 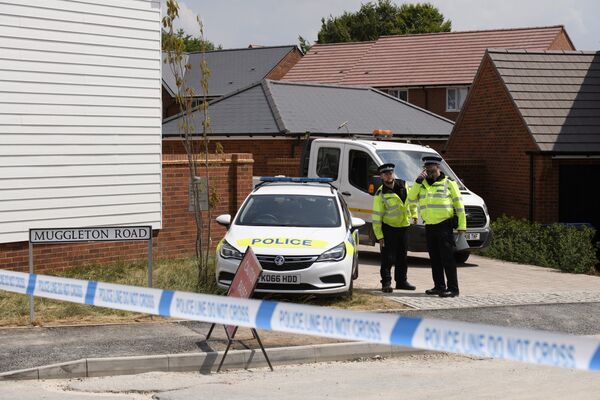 Policemen are outside the nerve agent victim Charlie Rowley in Amesbury, Wiltshire
© Sputnik / Justin Griffiths-Williams
/
Go to the photo bank

While extremely tragic, neither poisoning victim was mentioned during the 5th September press conference at which the Metropolitan Police formally announced charges against the alleged 'GRU assassins'. As a result, it's unclear why they were referenced in the article - although their invocation inadvertently highlights one of the ever-mystifying Skripal affair's most enduring enigmas.

The poisonings of the former Russian intelligence officer and his daughter, and Rowley and Sturgess, are clearly connected, in that both are alleged by the UK government to have involved the nerve agent novichok (although the Organisation for the Prohibition of Chemical Weapons has neither named the substance involved in either case, nor even confirmed the four were indeed afflicted by a nerve agent), the incidents occurred mere miles and months away from one another, and Rowley and Sturgess apparently visited Salisbury the day before they became unwell.

However, detectives have been unable to determine where Boshirov and Petrov disposed of the alleged novichok, the location Rowley found the bottle that poisoned him and his partner, or even if the same bottle was used in both poisonings – and how there could be a 17-week gap between the Salisbury and Amesbury contaminations.

These incongruities are so profound and cohering government ministers were anonymously quoted in May 2019 – in an article written by none other than The Guardian’s Luke Harding – as saying "some of the details don’t add up" and "there is a degree of uncertainty" in the Amesbury case.

"The bin where the bottle was found was regularly emptied, so it seems inconceivable it’d been there since March… The police cannot be completely sure the bottle of novichok that poisoned Dawn Sturgess was used against the Skripals," one nameless official said.

The intrigue very much doesn’t stop there. For one, Rowley insists the perfume bottle was fully sealed and the cellophane difficult to remove when he discovered it, which is supported by the entirety of the packaging being discovered by police in his home – raising the obvious questions of whether Boshirov and Petrov resealed the perfume bottle’s packaging after use, and if so how, and why on Earth they’d do so.

One explanation offered is the pair were equipped with more than one container of novichok – although this, in turn, raises the obvious questions of where the other container(s) were disposed of, and why the hit-men would need to be armed with more than a single container of what’s been described as the deadliest never agent ever made, with a potency five – eight times that of VX,  to murder one man.

Furthermore, after Rowley and Sturgess were poisoned, police cordoned off the pair’s home and began a frantic search for the novichok – it would take 11 days for the perfume bottle to be discovered, despite it reportedly being sat in plain sight on a kitchen counter. Even then, it was only identified as the likely nerve agent container after officers located its packaging in the bin a day prior. 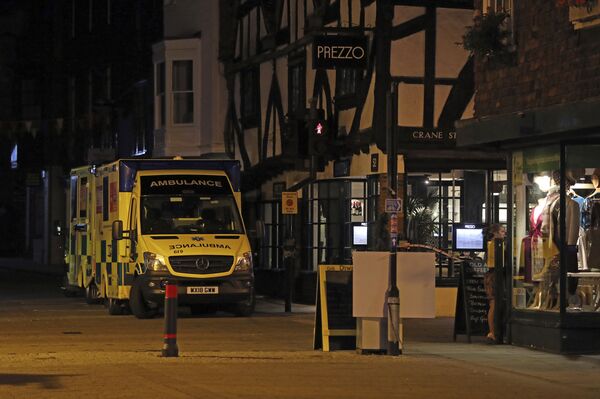 Ambulances are parked outside the Prezzo restaurant in Salisbury, Britain, where police closed roads as a "precautionary measure" after two people were taken ill from the restaurant, Sunday Sept. 16, 2018.
© AP Photo / Jonathan Brady

More curiously still, despite apparent military-grade nerve agent having been sprayed around Rowley’s home on an uncertain number of occasions, no element of the building has been destroyed, but the alleged same chemical supposedly smeared on Sergei Skripal’s doorknob necessitated the destruction of his home’s roof – but not his home itself - for reasons that have never been satisfactorily established.

The hotel where Boshirov and Petrov stayed in Poplar, east London, and their hotel room, at which authorities suggest they mixed the novichok – and allegedly smoked marijuana, cavorted with at least one prostitute and made extremely loud noises throughout the night, behaviour one would think extremely and dangerously indiscrete for two highly-trained Russian security service killers – was also left wholly unscathed by its contact with the nerve agent.

A cynic may suggest the article is just the latest example of an attempt to ensure the Salisbury incident remains palpable in the public consciousness - after all, seemingly valueless stories about the case are a virtually monthly staple in the mainstream media. Almost invariably however, these reports merely reinforce how not a single element of the episode makes even the slightest sense or can withstand the mildest scrutiny.