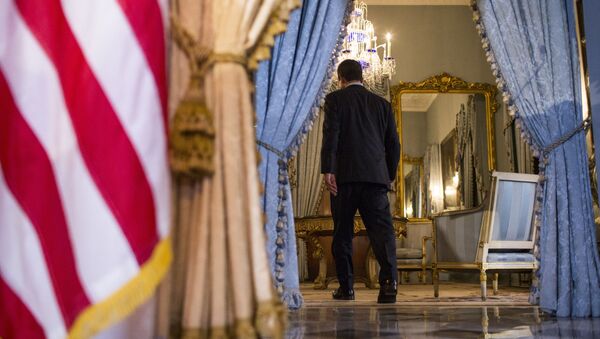 The Supreme Court of Puerto Rico has unanimously ruled that the law used by now-former Puerto Rican Governor Ricardo Rosselló to name Pedro Pierluisi as his successor is unconstitutional.

"I will assume the position of the Governor of Puerto Rico, as established in our Constitution," Vázquez announced in a Wednesday statement prior to her swearing in ceremony. "I am willing to assume the position with the responsibility and seriousness that [it] merits."

The Supreme Court’s decision was made official at 5 p.m. local time Wednesday and comes after Puerto Rican Senate President Thomas Rivera Schatz filed a lawsuit Monday claiming that Pierluisi, the former resident commissioner of the island, could not legally assume the role of governor.

Last week, Pierluisi was named as acting secretary of state by Rosselló, after Luis G. Rivera Marín resigned from that post last month.

"It's unconstitutional to allow a Secretary of State to become Governor without having been confirmed by both legislative chambers," the Supreme Court said in a Monday press release.

Pierluisi had contended that approval by both houses of the island’s legislature isn't the only way that a secretary of state can be confirmed. Pierluisi based his argument on a part of the law of succession of 2005, which includes a recommendation made by Puerto Rico’s Department of Justice that waives the need for a secretary of state to be confirmed in the event of an emergency. The Supreme Court ruled that part of the law unconstitutional on Wednesday.

Rosselló resigned from his post after hundreds of Telegram messages between the governor and members of his inner circle were made public. The chats revealed hateful, homophobic and misogynistic comments against Rosselló’s opponents, journalists and even victims of Hurricane Maria. Meanwhile, the island saw the largest demonstrations in its history last month.

Thousands of people rallied in the streets of San Juan, chanting: “Ricky renuncia y llévate a la junta” or “Ricky, resign and take the board with you.” The junta refers to the unelected Fiscal Oversight Management Board established by the US Congress under the watch of then-US President Barack Obama in 2016 to restructure Puerto Rico’s $72 billion debt. The board’s budget cuts have led to public school closures and a faltering healthcare system on the island.