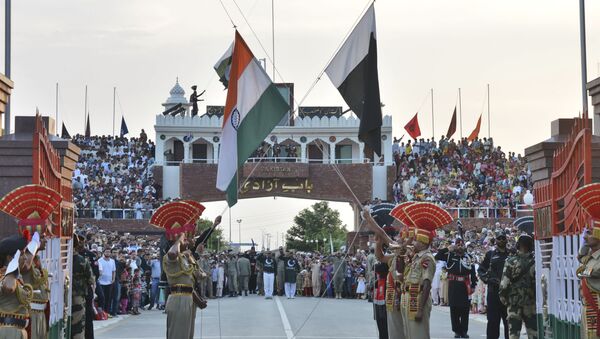 New Delhi (Sputnik): India’s decision to strip Jammu and Kashmir of its special status has triggered a hardline reaction in Pakistan. The country’s Science and Technology Minister Fawad Chaudhary has asked his government to break diplomatic ties with India.

Pakistani minister Fawad Chaudhary said on Wednesday that Pakistan should break off diplomatic relations with India, noting that the presence of diplomats in both countries had failed to resolve the Kashmir crisis.

Pakistan Minister Fawad Chaudhary: I request the Foreign Minister, when India is not interested in talking to us then why is their envoy still here? We should cut diplomatic ties with them. What is the use of their envoy being here and our envoy being there? (File pic) pic.twitter.com/EykpV00B1k

​Earlier Pakistan's Information and Broadcasting Minister Chaudhary Fawad Hussain said that India was trying to convert Kashmir into another Palestine and that Pakistan should be prepared for war.

Pakistan National Security Committee is reportedly meeting on Wednesday to consider its response to India scrapping Kashmir's special status on Monday. Pakistan's options include scrapping diplomatic ties, closing the Wagah-Attari border crossing, increasing the number of troops along the Line of Control and mounting a diplomatic counteroffensive against India.

India amended Article 370 of the country’s Constitution granting special status to Jammu and Kashmir on 5 August. New Delhi also brought in a law that will divide Kashmir into two federally administered territories – Jammu and Kashmir, and Ladakh.

India’s move provoked strong reactions from Pakistan. Islamabad warned it would “go to any extent” to protect the interest of Kashmiris while Pakistan Army Chief General Qamar Javed Bajwa pointed out that “Pakistan never recognised Indian efforts to legalise its occupation of Jammu and Kashmir through Article 370 or 35A.”

Pakistan Prime Minister Imran Khan told a joint session of the country’s Parliament that "the result of Indian actions will further fuel the fire in Kashmir.”

Kashmir has been a bone of contention between neighbours India and Pakistan since they both gained independence from Britain in 1947.