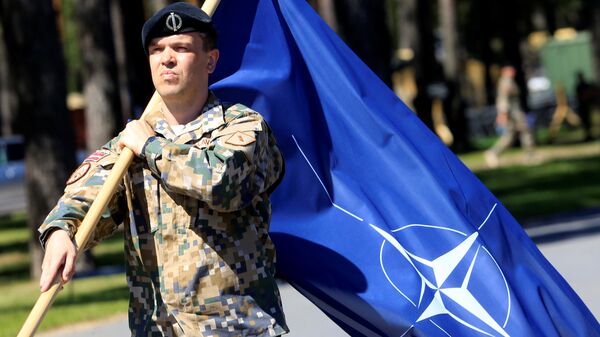 Earlier, the official expressed concerns over Chinese advancements in emergent technologies, and said the alliance would have preferred to include China in the Intermediate-Range Nuclear Forces Treaty, the bilateral Russian-US treaty banning ground-based missiles in the 500-5,000 km range scrapped by the Trump administration earlier this month.

China’s growing power on the international stage is a concern for NATO, and is prompting the alliance to increase its cooperation with its Asian partners, Secretary-General Jens Stoltenberg has said.

“This is not about moving NATO into the Pacific, but this is about responding to the fact that China is coming closer to us,” Stoltenberg said, speaking to Reuters on Wednesday.

“So all of this makes it important for NATO to address the rise of China, and we do that not least by working closely with our partners in this region – Australia, New Zealand, but also Japan and South Korea,” Stoltenberg said.

Commenting on his meeting with Australian Prime Minister Scott Morrison and other senior Australian officials on Wednesday to discuss Canberra’s partnership with the alliance, Stoltenberg said he found it “extremely useful to listen to Australia, with the knowledge, the experience and just the presence in this region” providing him with “an understanding which is important for NATO.”

Finally, commenting on US Secretary of Defence Mark Esper’s announcement last week, just one day after the US withdrawal from the INF, that Washington planned to deploy ground-based intermediate-range missiles in Asia, Stoltenberg said the time frame for this deployment was yet to be determined.

“I spoke with Secretary Esper yesterday and he said clearly that it would take time to develop new intermediate-range weapons, and any potential deployment in this part of the world will take time and no decision has been taken,” Stoltenberg said.

On Saturday, Esper began a week-long tour of the Asia-Pacific region, saying he would “prefer” a time frame of “months” for the US to deploy new ground-based missiles in the region, but admitting that “these things tend to take longer than you expect.”

On Tuesday, Philippine President Rodrigo Duterte said he would “never” allow the US to place its missiles in his country, because he “didn’t want to fight China.” Duterte warned that if the US went to war with China, the war would quickly escalate to a conflict between “America and Russia…and Britain and Italy and France,” and would “mean the end of all of us.”

The Trump administration made the decision to scrap the Intermediate-Range Nuclear Forces Treaty in February, with the withdrawal formalized on August 2. Washington claimed that its withdrawal from the treaty was related to Russia’s alleged possession of an INF-violating missile system. Russia debunked these claims by declassifying the missile system’s characteristics showing it to be in compliance. In the run-up to the withdrawal, the Trump administration hinted at the need to include China in the INF. China refused, saying it was “not interested and had no need” to join the Russian-US negotiations.