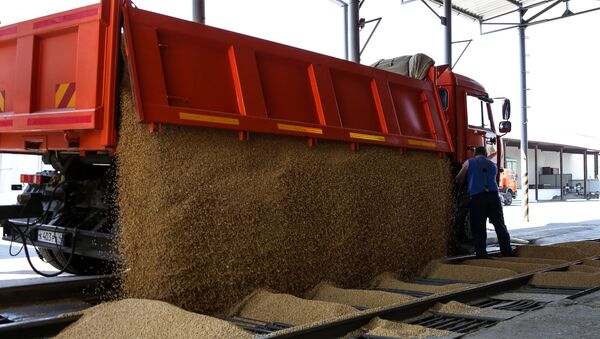 Beijing has blasted US President Donald Trump’s claims that China is a “currency manipulator,” and promised to halt the import of US agricultural goods after the White House announced plans to slap 10 percent tariffs on $300 billion of Chinese imports from September.

Russia is ready to replace American agricultural and other goods in markets vacated by US producers as a result of the China-US trade war, Russian Minister of Economic Development Maxim Oreshkin has said.

“Unlike their American partners, China sees Russia as a reliable supplier of any type of products. What they used to buy from the US - we are actively negotiating with our Chinese partners on agricultural products and other directions, with the aim of switching China to the Russian market,” Oreshkin said at a meeting in Russia’s Altai Republic on Wednesday.

The minister predicted that China will face some difficulty in adjusting to the trade conflict with the US, but “from the point of view of our relations, we will move forward.”

“China’s economy will experience not the best of periods, but we hope that this will not negatively affect Russia’s relations with the country. Our trade turnover is growing, $108 billion dollars last year, with positive dynamics visible this year,” Oreshkin said. 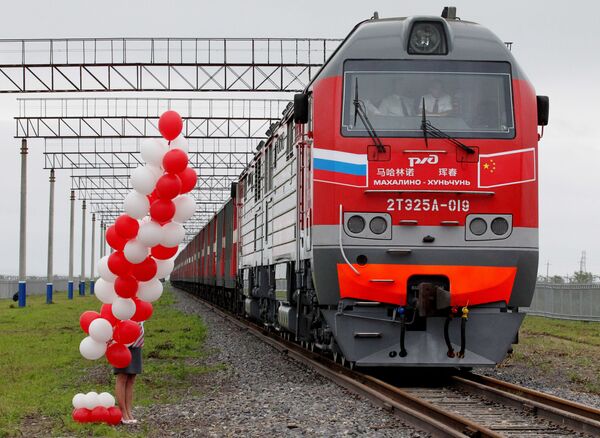 Ceremony celebrating the opening of a new border crossing between China and Russia. File photo.
© Sputnik / Виталий Аньков
/
Go to the photo bank

In the first half of 2019, Russian-Chinese trade hit $51.77 billion, growing by 5.1 percent compared to the same period last year.

Trade between Russia and China grew by nearly 25 percent in 2018, surpassing the $100 billion goal set earlier by $8 billion. The two countries now plan to double trade turnover in the coming years.

The Chinese yuan continued its nosedive against the dollar on Wednesday, hitting 7.0488 yuan per USD, with the fall bringing the exchange rate to a level not seen since 2008.

On Monday, US President Donald Trump accused China of engaging in “currency manipulation,” with the US Treasury formally designating Beijing as a “currency manipulator” hours later and promising to work with the International Monetary Fund to eliminate China’s supposed “unfair competitive advantage.” Beijing blasted the claims on Tuesday, accusing the US of “disregarding the facts,” and warning that Washington's claims would “bring turmoil to the financial market” and damage the global economy.

On Tuesday morning, China’s Ministry of Commerce announced that Chinese companies had stopped buying US agricultural goods, and said Beijing would consider retroactive tariffs on goods purchased after 3 August , with the move coming as a response to President Trump’s promises to put a 10 percent tariff on the remaining $300 billion of Chinese imports starting 1 September.

Trump justified the tariffs by accusing Beijing of failing to meet its pledge to buy “large quantities” of agricultural products from the US despite agreeing to do so at the G-20 summit in Osaka, Japan in late June, where the economic powers reached a short-lived trade truce. China's previous tariffs on US agricultural commodities, including soybeans and wheat, had harmed President Trump's support base in the US farm belt. 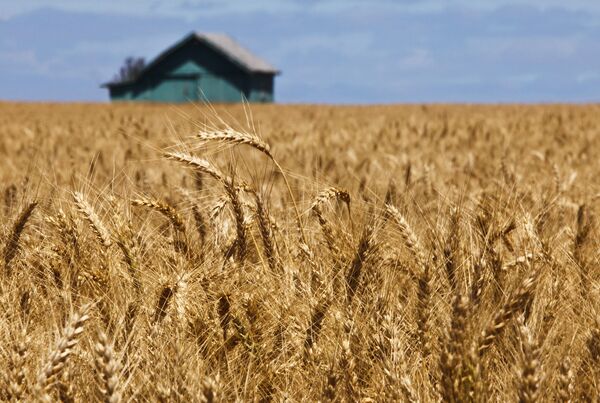 The Chinese-US trade row began in mid-2018, when President Trump announced tariffs on $50 billion worth of Chinese imports to help fix a $400 billion+ trade deficit he claimed was caused by China’s “unfair trade practices.”

Along with the import duties, the US has resorted to blacklisting Chinese tech giant Huawei, accusing the company of installing “backdoor” access in its devices to help Chinese intelligence services spy on users worldwide. China has rejected the claims. Last month, Huawei contacted several Russian tech companies, bidding to acquire some and to form joint ventures with others, while announcing plans to significantly increase its sales in Russia in the coming years.