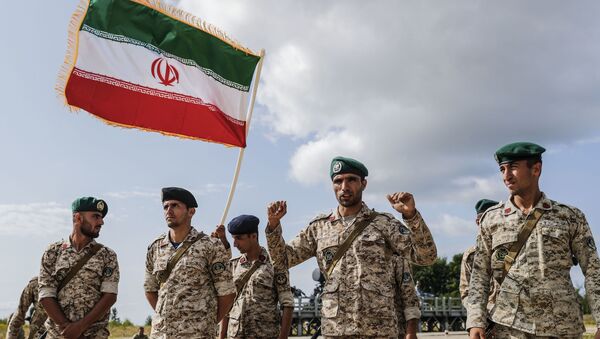 © Sputnik / Виталий Невар
/
Go to the photo bank
Subscribe
Tehran previously warned the US and its European allies against any ‘maritime security missions’ in the Persian Gulf and the Strait of Hormuz, saying Iran “does not seek confrontation,” but is prepared to defend its 2,400 km coastline and ensure freedom of navigation in the region.

Speaking at the ceremony, Hatami said that although Iran maintains a defensive posture, it “will not hesitate for a moment to defend the Islamic Republic and to expand security in the face of “the viciousness and conspiracies of the Great Satan America and its mercenaries.”

Pointing to the new munitions’ advanced capabilities, Hatami called them “another significant achievement of power and dignity for the Islamic Republic of Iran.”

The new arms include the ‘Yaseen’ and ‘Balaban’ guided smart bombs, as well as an upgraded version of the ‘Qaem’ guided munition. Equipped with manoeuvrable fins, and both an inertial and GPS-based guidance system, the Balaban can be carried by the HESA Karar, an Iranian-made jet-powered drone. The Yaseen, meanwhile, is said to be an all-weather bomb which can be deployed aboard various types of aircraft, with a range of over 50 km. The Qaem, also delivered by a variety of platforms, is said to have a targeting error margin of less than 50 cm, and is designed to destroy enemy bunkers, troops and moving targets with a range of interchangeable warheads.

Also on Tuesday, Ali Larijani, speaker of Iran’s parliament, warned that Tehran now has the capability to “strike all US bases across the region” in the event of war using its precision arms. “If [the US and its allies] have a little bit of ability to reason, they will not enter a war with Iran,” Larijani warned, his remarks quoted by the Tehran Times.

On Tuesday, Iranian President Hassan Rouhani warned the US against a conflict with Iran, saying such a war would be the “mother of all wars,” while peace with Iran would be “the mother of all peace.” Rouhani said Iran would be willing to resume negotiations with the US immediately if the latter lifted its sanctions against the Islamic Republic.

On Wednesday, Hatami announced that Iran would showcase another missile – an Iranian analogue to Russia’s S-300 surface-to-air missile system called the Bavar 373, later this month. The system was tested in 2017, with development said to have started in 2010, soon after Russia suspended a $900 million deal signed in 2007 due to Moscow’s adoption of UN Security Council sanctions on Iran in 2010.  Russia ended up holding off deliveries of the system to Tehran until 2016. 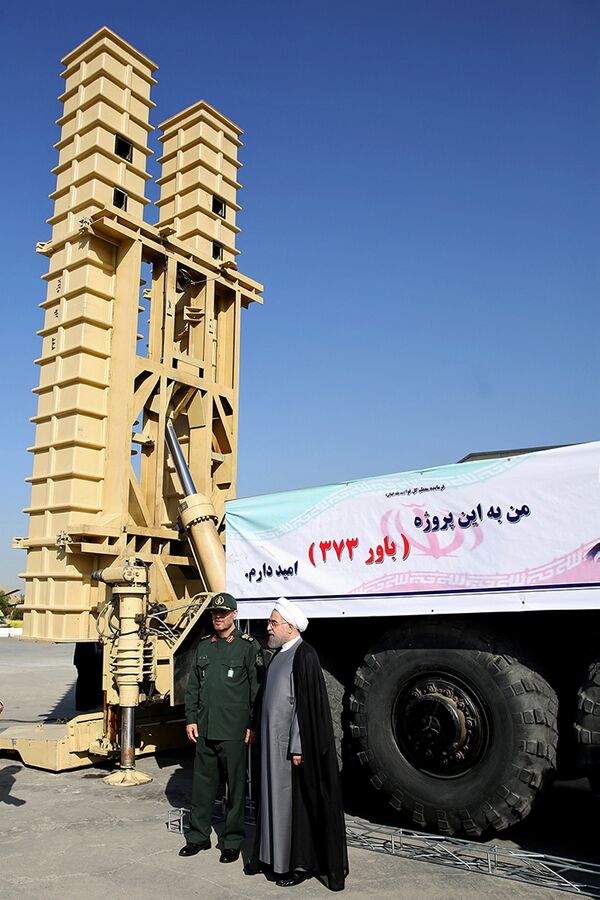 Tensions in the Persian Gulf and the Strait of Hormuz, the strategic waterway through which about a third of the world’s sea-bound oil supply passes daily, began escalating in mid-May, after a string of alleged sabotage attacks against oil tankers off the Emirati coast which the US immediately blamed on Iran. Tehran denied the claims, and accused the US and its Gulf State and Israeli allies of attempting to exacerbate tensions in the region. The US announced plans to send a carrier strike group to the region two weeks before the tankers were hit. In the months which followed, tensions escalated further after Iran shot down a $220 million US spy plane, and seized a British-flagged tanker it claimed was acting erratically. Last week, Iran seized a second tanker transiting through the Persian Gulf which it said was engaged in fuel smuggling. On Monday, the UK scrapped plans to form its own coalition in the Gulf, saying it would join the US security operation in the region instead.

On Tuesday, Iranian President Hassan Rouhani assured his French President Emmanuel Macron that Iran was intent on ensuring security and freedom of navigation in the Persian Gulf and the Strait of Hormuz, and accused the US of provocative actions in the region. France and Germany had planned to join a European coalition led by the UK to ensure security in the Gulf, with the fate of these plans put in question following London’s announcement about joining the US coalition.

000000
Popular comments
All one needs to ask, if the Iranian nuke agreement was upheld by the US, would all of this be necessary?