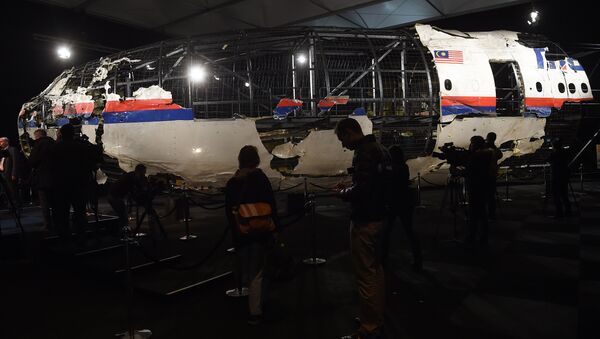 Earlier, the German detective said that he had tried to provide the Dutch prosecution and the Dutch-led Joint Investigation Team (JIT) with new materials about the MH17 downing, but had got a refusal because of asking to make the documents public.

German detective Joseph Resch, who conducted a private investigation into the downing of the Malaysian Airlines MH17 flight in Ukraine's Donbass region, told Sputnik that he could turn to Russia, Malaysia and other states and offer to disclose his information about the causes of the tragedy, the names of the people responsible for it, and US satellite data that he has.

According to Resch, he will do so if an international investigation led by the Netherlands prosecutor’s office continued to ignore his requests to accept his findings.

Earlier, he tried to provide the Netherlands, whose prosecutors run the Joint Investigative Team (JIT), with new findings on the MH17 tragedy which weren’t taken into account in the JIT’s June statements. However the Dutch side rejected the materials after he asked that they be made public.

“Together with my lawyer, I will send one more letter to the JIT; this will be distributed internationally, and we are going to look at the reaction. I cannot make anyone from the JIT or from anywhere accept this evidence… But we can assume that [if the JIT turns down the findings] I will publish [the materials] together with Malaysia, Russia, and any other involved country which would like to take part in that,” Resch said.

Speaking about the specific persons responsible for the downing, the German detective noted that “when the data is made public, everything will be presented… including names”. However, he refused to name them now.

The detective said that he’d like to involve other countries to examine his evidence, including the Netherlands, Ukraine, Malaysia, Australia, Germany, Belgium and the United States.

“I have satellite imagery, which the United States allegedly no longer has… This will also be made public,” Resch said, adding that “Of course, satellite images play a role” in the investigation. He emphasised the JIT’s inconsistent reaction to the issue, as earlier “it was constantly said that satellite imagery was needed, but at one point the images were no longer needed, because, apparently, it was already unimportant”.

Ready to Witness at the ECHR

According to the detective, the German federal government was aware of the fact that data on the MH17 case had been hidden, although it claims the opposite. He also said that the evidence he had collected has the name of the person responsible for that hiding.

Resch said that he was ready to be a witness at the European Court of Human Rights (ECHR) in lawsuits by relatives of victims of the MH17 crash over Donbass in July 2014, if such a legal action was initiated.

Earlier, German lawyer Elmar Giemulla said that he was going to bring Resch into the MH17 proceedings at the ECHR if the court allowed that claim. Giemulla represents the relatives of four German citizens who died in the MH17 crash.

Resch also said that in 2016 he was interrogated at the Federal Criminal Police Office in Cologne and at the Federal Court in Karlsruhe with the participation of Judge Renata Wimmer and representative of the Attorney General Christian Ritscher.

“It was striking that the case was falling apart, and they [the German Prosecutor General’s Office representatives] told my lawyer: “Let Mr. Resch say it was a joke, they will send it to the Netherlands’ everyone will be happy, and everything will end,” the detective said. According to Resch, he was shocked by such a proposal, because “you cannot joke with the death of 298 people.”

“And then I started to doubt whether they themselves believe in what they are doing,” Resch said.

Joseph Resch has been investigating the MH17 crash since 2014. The client, whom Resch doesn’t name due to the terms of the contract, first offered a reward of $30 million, and then another $17 million for data on the causes of the Boeing's downing. In mid-2015, an informant addressed the detective and provided him with some valuable information. For that data, he was rewarded with $15.5 million, paid in three different currencies – euros, US dollars and Swiss francs. According to Resch, he repeatedly received anonymous threats because of his investigation. 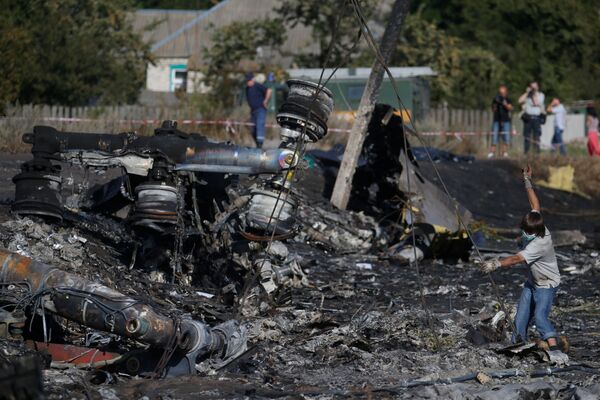 In addition, his apartment was searched, and his bank cell in Switzerland, where the document on the MH17 case was kept, was opened at the request of the Netherlands.

Malaysia Airlines Flight MH17, carrying 298 people on board, was shot down on 17 July 2014 as it was flying over eastern Ukraine engulfed in a military conflict between the Ukrainian army and Donetsk People's Republic (DPR). As a result, all 298 passengers – mostly Dutch – and crew on board were killed in the crash.

Following the tragedy, Kiev and the self-proclaimed republics in the region blamed each other for the downing, with the latter contending that they had no military equipment that would allow them to shoot down an aircraft at that altitude. The United States and a number of European nations, for their part, rushed to allege that Russia was responsible for the incident– a claim that was made even before an official investigation was launched.

In its turn, Moscow has repeatedly slammed JIT’s conclusions as “openly biased” and “one-sided” and emphasised that after being denied access to the formal probe, Russia had carried out its own investigation. The Russian side provided the Netherlands not only with the data from Russian radar, but also the papers indicating that the Buk missile that had downed the Boeing belonged to Ukraine; however, the investigators ignored the information. 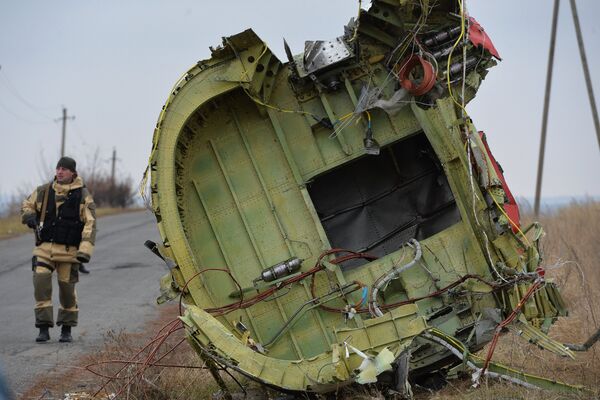 According to Russian Ministry of Defence, the missiles, whose engine was demonstrated by the Dutch commission for the investigation of the MH17 crash, had been disposed of after 2011.

In June, an international investigation into the MH17 crash announced the names of four suspects, three Russian citizens Igor Girkin, Sergey Dubinsky and Oleg Pulatov, as well as Ukrainian Leonid Kharchenko. The investigation considers them to have been involved in the delivery of the Buk air defense system to Donbass and in the downing the Boeing. According to the JIT representative, they will be charged with murder, and the investigation will issue international warrants for their arrest. The JIT also reported that the trial of the MH17 crash will be held in the Netherlands; it will start on 9 March 2020.

Russian President Vladimir Putin condemned the report for failing to address "a lot of questions" that remained unanswered. The president also slammed the JIT for failing to consider the Russia's account of the events and the results of its own investigation into it, and simply "appointing perpetrators", instead of figuring out what in fact happened on the day of the crash.

Malaysian Prime Minister Mahathir Mohammad also expressed distrust in the international investigation’s conclusions, saying that the United States, the Netherlands and Australia weren’t really interested in establishing the causes of the crash and finding real culprits of the tragedy, but simply decided that Russia should be held responsible. 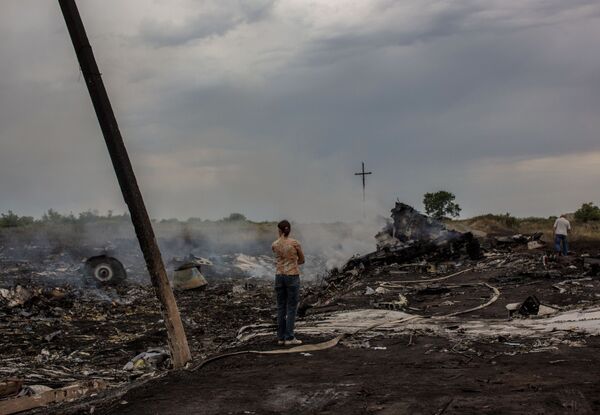 The film by Dutch and Russian journalists Max van der Verff and Yana Erlashova, which contains an interview with the Malaysian Prime Minister, presents the views of German and Malaysian experts, who say that Ukraine’s Security Service has edited the records of talks presented as evidence for the MH17 case.