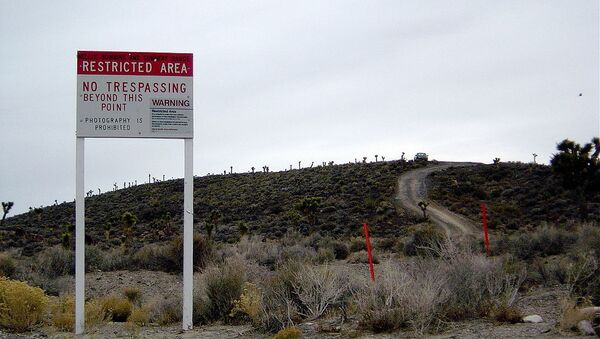 You don't even need to breach the facility’s defences to explore Area 51. And you can do it from virtually anywhere in the world, provided you can access the Internet.

As the day of the ‘Storm Area 51’ joke Facebook event draws near, it appears that there might be a less risky way of exploring this legendary US military installation than charging headlong towards its defensive perimeter.

As LADbible points out, anyone can “view the base without breaking any rules” from the comfort of their own computer screen simply by accessing Google Maps and typing in the facility’s coordinates: 37.24804, -115.800155.

Only a couple of months earlier, prominent UFO hunter Scott C. Waring employed satellite maps to make some observations about the base, claiming that he managed to spot a new underground installation being constructed in its vicinity.

Recently, the event’s Facebook page was apparently taken down for allegedly violating the social media platform’s community guidelines, with the event’s creator Matthew Roberts complaining to CNET that he “never got any reason” for the removal.

"I think it's pretty reckless of Facebook, especially because I'm trying to direct people away from storming the base," he said. "And now I've lost my entire audience."

Now, Roberts intends to hold a festival at the town of Rachel, the closest settlement to Area 51 that people can reach without coming into conflict with the base’s security personnel.