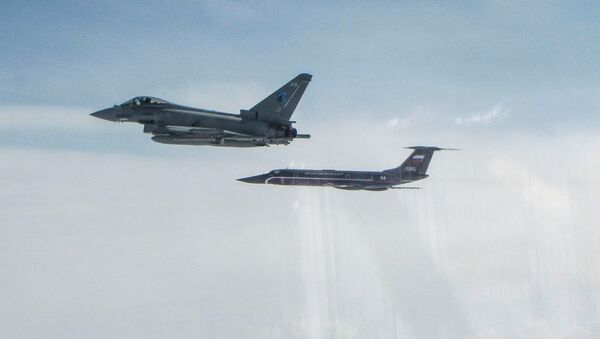 The Russian Defence Ministry has repeatedly underscored that all of the flyovers conducted by the country’s warplanes are performed in strict accordance with international norms.

The British Defence Ministry stated on Tuesday that RAF Typhoon fighter jets had intercepted five Russian military aircraft over the Baltic region in the past two days. The Russian Defence Ministry hasn't yet commented on the UK MoD's statement.

On Monday, the Typhoons were scrambled to intercept a Russian Antonov An-26 “Curl” military transport aircraft.

The mission was followed by the UK warplanes diverting to shadow a Russian Tu-142 “Bear” Bomber and two Su-27B “Flanker” fighters.

The UK Defence Ministry quoted an unnamed Typhoon pilot as claiming that the An-26 was “routing west close to Estonian airspace”, while the TU-142 and the Su-27Bs were “operating to the south close to Lithuanian airspace”.

“These aircraft transiting the Baltic region were not on a recognised flight plan or communicating with Air Traffic Control. In the end, the intercept was uneventful and conducted in a professional manner throughout”, the pilot claimed. 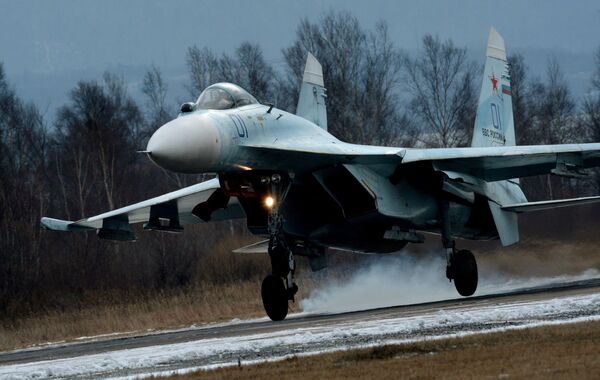 The interceptions come a week after an RAF fighter escorted a Russian IL-76 military transport plane, which was ostensibly flying close to Estonia’s airspace.

The Russian Defence Ministry, in turn, has repeatedly emphasised that the country’s Aerospace Forces planes carry out flyover missions in line with all international norms and regulations.

Moscow, for its part, has repeatedly denied plans to attack any NATO member, stressing that the alliance deliberately fuels fears of the “Russian aggression” to expand the alliance’s presence along Russia’s borders.