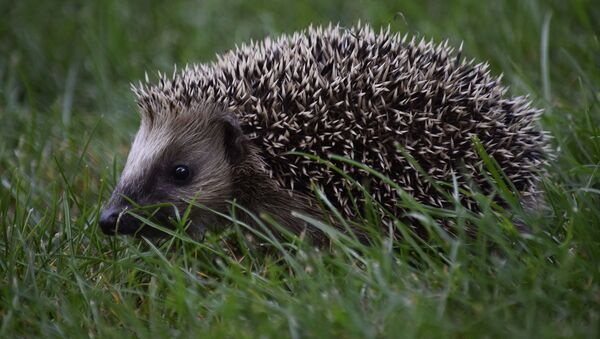 The hedgehog mating ritual is protracted, with the sounds often indistinguishable from human ones. Their most active period is between April and early September.

German police are being called out increasingly often over night-time disturbances, only to discover the noisy offenders are mating hedgehogs, reports The Guardian.

Dozens of noise complaints have been received by emergency services across the country with residents initially grumbling over neighbours having unacceptably loud sex or concerned that some animal might be in pain or suffering. The loud and irritating sounds, however, are often the result of the prickly intruders having sex.

In a sign of how widespread the issue is, Germany now even has a hashtag, #igelsex, which translates as “hedgehog sex”.

Police  arrived at a primary school in Augsburg, outside Munich, to check out odd sounds from a playground and found a pair of mating hedgehogs, while in an incident in Kamenz near Dresden, a fire brigade resorted to a hydraulic spreader to open a charity clothes collection bin that was resonating with loud noises that were reported by concerned residents. The culprits turned out to be mating hedgehogs.

The protracted hedgehog mating ritual, known in German as Igelkarussell, or hedgehog carrousel, can last for hours over a 430 square-foot area. The range of sounds the prickly and innocuous-looking animals make includes hissing, snarling and even screaming.

According to experts from the veterinary faculty of Ludwig Maximilian University in Munich, “hedgehogs snarl loudly during the hours-long mating ritual”.

Police say they receive the most calls over such incidents during the summer months, with the active mating period for the animals running between April and the beginning of September.

Experts have been urging both police and residents to avoid disturbing the hedgehogs if they are found mating, as urban hedgehog populations have dropped dramatically in recent years and are under threat.