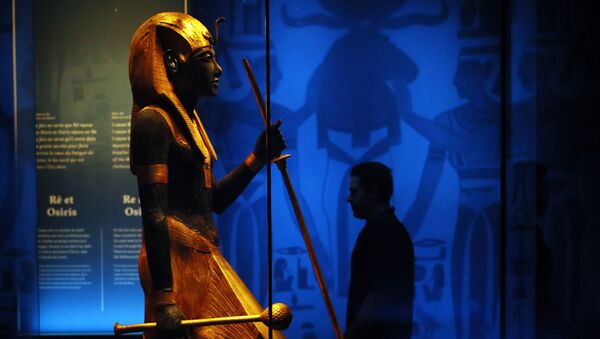 © AP Photo / Francois Mori
Subscribe
International
India
Africa
Svetlana Ekimenko
All materialsWrite to the author
British archaeologist Howard Carter discovered the tomb of Tutankhamun in the Valley of the Kings in Luxor in 1922, but a number of people associated with the discovery later died, feeding rumours of King Tut’s “curse.”

The Egyptian boy king Tutankhamun’s gold-plated sarcophagus has been pictured outside his tomb for the first time since its discovery 100 years ago, with experts hurriedly working to fix the cracks discovered in the artefact, writes The Sun.

The gold-plated coffin is undergoing work along with thousands of other artefacts, as it is being readied for a new museum exhibit.
The treasured collection is to form the centrepiece of the new Grand Egyptian Museum (GEM) that Egypt is set to inaugurate next year near the Pyramids of Giza.

According to Egypt's Ministry of Antiquities, the coffin was transported from Tut's tomb in southern Egypt to the GEM last month "in order to be restored for the first time since the tomb’s discovery."

"The coffin has suffered a lot of damage, including cracks in the golden layers of plaster and a general weakness in all golden layers,” said GEM expert Eissa Zidan.

Restoration work on the coffin is reportedly to continue for about eight months. The coffin has not been worked on by experts since its discovery by British archaeologist Howard Carter.

The scientist found the untouched tomb of the 18th dynasty king in the Valley of the Kings in Luxor in 1922. The find contained a further 5,000 priceless artefacts. 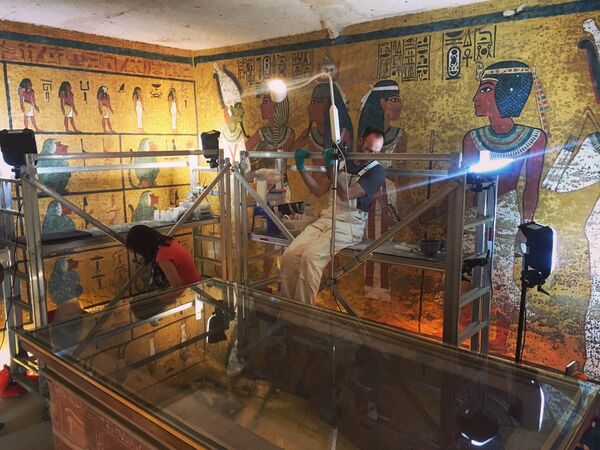 When archaeologists, and even their family members, began to die from horrible illnesses or in mysterious accidents soon after the discovery, people started to say the deaths weren't a coincidence, generating the rumour that King Tut's remains were cursed.

The boy was 10 when he took over the world's most powerful empire, claim scientists, and his death at the age of 19 has puzzled many for decades.

There are theories that maintain he died of a broken leg or some accident, while others are convinced he was assassinated.
Egypt previously announced that the GEM, in part funded by Japan and under construction for about 15 years, will officially open by the end of 2020.