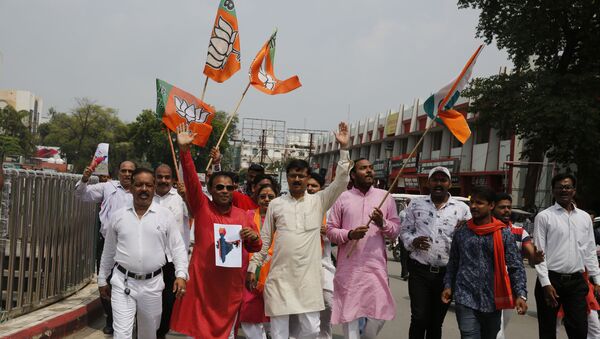 New Delhi (Sputnik): Diplomatic and security analysts have warned that Pakistan might not accept India’s decision to revoke Article 370 of the Constitution, which gives special status to Jammu and Kashmir, noting that its neighbour might try to extract political mileage from the situation.

India’s cabinet moved to revoke Article 370 of the Constitution, which provides special status to the state of Jammu and Kashmir on 5 August.

Pakistan responded swiftly, described India’s decision as “illegal” and said it would “exercise all possible options to counter it.”

Ambassador Rakesh Sood, who was India’s envoy to Afghanistan and Nepal, said that India was within its rights to cuniltaerally change the law. "Both Article 370 and Article 35A are part of the Indian Constitution and subject to change. Accordingly, the government's decision is an internal matter," said Sood.

“Pakistan will certainly try to extract political mileage out of this but I am quite sure that even Pakistan's 'friends' will exercise their own judgement on the issue,” he added.

Sood said he hoped that New Delhi would diplomatically counter any campaign by Islamabad, saying that it is absolutely vital for India to curb infiltration attempts across the Line of Control so that there is no deterioration in the security situation.

This view was echoed by security expert Major General P.K. Sehgal.  “Finally India has moved to integrate Jammu and Kashmir into India.”

Sehgal believes that India's move could prompt a possible military response from Pakistan.

“Pakistan is not easily going to accept this and we expect them to up the ante. However, I strongly believe that our forces are well prepared to deal with any action from their side,” he said.

The move to rescind Kashmir's special status was a campaign promise of India’s governing Bharatiya Janata Party. For many years, Kashmir has been governed differently than other parts of India, and the government’s decision is widely seen as a blow to Kashmir’s autonomy.

"Jammu and Kashmir has, along with its sensitive topography, seemed like a foreign policy issue, instead of a domestic one due to its status in our Constitution,” states a background paper circulated by the government.

The views and opinions expressed in this article by Rakesh Sood and Major General P.K. Sehgal are solely those of the speakers and do not necessarily reflect Sputnik's position.