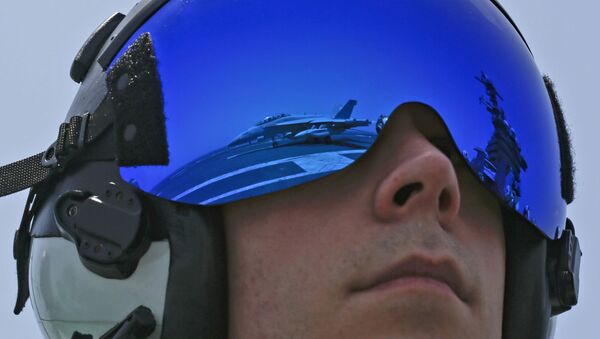 Oleg Burunov
All materialsWrite to the author
The statement comes shortly after Iranian Foreign Minister Javad Zarif told reporters on Monday that the US, which is “alone in the world” had failed to create an allied naval coalition in the Persian Gulf.

UK Defence Minister Ben Wallace has announced that London would join a US-led maritime mission in the Persian Gulf to add to maintaining security in the area.

“We look forward to working alongside the US and others to find an international solution to the problems in the Strait of Hormuz”, he told reporters in London on Monday.

Reuters has, meanwhile, quoted an unnamed British security source as saying that the US-led mission would concentrate on ensuring security in the Gulf and that the UK doesn’t plan to join US sanctions against Iran.

“At the moment the Britons would rather join an American mission. We won't do that. We want a European mission,” Maas told a Berlin news conference earlier in the day.

At the same time, he added that the matter remains on the table but that convincing the EU to conduct such a mission will take time.

Maas spoke after Iranian Foreign Minister Javad Zarif stated earlier on Monday that the US had failed to create an allied naval coalition in the Persian Gulf.

"Today, the United States is alone in the world and cannot create a coalition [in the Gulf]. Countries that are its friends are too ashamed of being in a coalition with them", he pointed out.

The statement followed last week’s remarks by Brigadier General Yadollah Javani, the Islamic Revolutionary Guards Corps (IRGC) deputy commander, that a US military maritime coalition in the Persian Gulf will “definitely go to ruin and fail to materialise”, just like the previous ones did.

“The coalition that we’re building in the Arabian Gulf and specifically in the Strait of Hormuz is going to be 80 or 90 percent a coalition effort and a much smaller US effort,” Gilday told members of the Senate Armed Services Committee last week.

US Partners' Doubts Regarding Its Gulf Mission

Earlier, Washington’s European partners Germany, the UK and France expressed hesitation in supporting a US-led maritime security operation "to ensure the freedom of navigation" in the Gulf, referring to their commitments under the 2015 Iran nuclear deal and their opposition to the US policy of “maximum pressure” against Iran.

Germany, in particular, said that while it was not ruling out a ‘protective naval mission’ in the region, it prefers the idea of a European-led coalition to the US plans.

With Belgium and Norway still on the fence, the UK earlier said that it intended to launch its own European protection coalition while Japan denied that it would take part in the US-led mission.

In July, the UK-flagged oil tanker Stena Impero was seized by Iran's Islamic Revolutionary Guard Corps in the Gulf, in a move that was preceded by the UK Royal Marines capturing the Iranian tanker Grace 1 earlier that month after the vessel allegedly violated EU sanctions. Tehran denies the accusations, describing the seizure as an act of piracy.