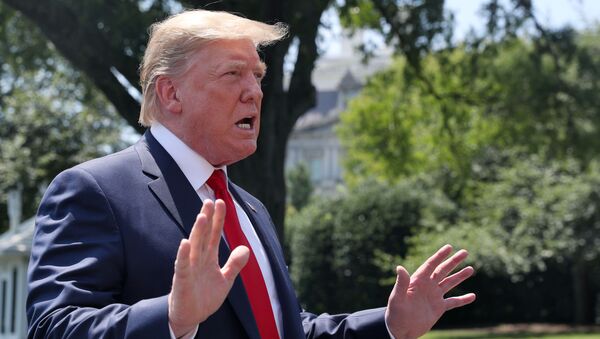 US President Donald Trump on Monday delivers a national address after deadly shootings in El Paso, Texas and Dayton, Ohio over the weekend.

Trump said on Sunday that "perhaps more has to be done" to address gun violence. President Trump added that the US must take steps to curtail "violent culture, including video games that celebrate violence."

Trump called on the nation to condemn racism, bigotry, and white supremacy.

“The shooter in El Paso posted a manifesto online consumed by racist hate. In one voice, our nation must condemn racism, bigotry, and white supremacy”, Trump said. “These sinister ideologies must be defeated. Hate has no place in America. Hatred warps the mind, ravages the heart and devours the soul.”

According to the president, mental health laws must be reformed to facilitate the identification of mentally disturbed individuals.

President Trump also called for the death penalty for perpetrators of mass murder and hate crimes.

"Today, I am also directing the Department of Justice to propose legislation ensuring that those who commit hate crimes and mass murders face the death penalty, and that this capital punishment be delivered quickly, decisively and without years of needless delay", Trump said after two deadly mass shootings in the US states of Texas and Ohio.

At least 20 people were killed and 26 more wounded after a gunman opened fire in a Walmart Cielo Vista Mall in the city of El Paso, Texas, on Saturday evening. The suspect was identified by police as Patrick Crusius, a 21-year-old white supremacist.

Less than 24 hours later, a gunman on Sunday killed nine people and wounded 27 others in a separate shooting in Dayton, Ohio. Police said they neutralized the shooter, identified as 24-year-old Conner Betts, in less than a minute.