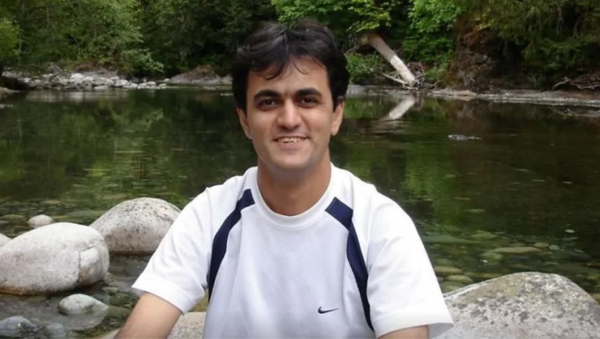 Iranian Saeed Malekpour, who is also a Canadian resident, is currently in Canada after fleeing from an Iranian prison earlier this month, where he was accused of running a pornographic website.

On Saturday, Iranian officials revealed that the 44-year-old web developer, who was arrested in December 2008 in Iran, had fled the Middle Eastern country.

Malekpour was arrested while visiting Iran in 2008 to see his sick father. He has maintained his innocence and claims that the open source program he developed to upload photos on the internet was used on Persian-language pornographic websites without his knowledge. Yet, he was still arrested by Iranian authorities and accused of “designing and moderating adult content websites” and “insulting the sanctity of Islam,” Al Jazeera reported.

"This individual was barred from leaving the country and has apparently left ... via unofficial channels and has not returned," Iranian judiciary spokesperson Gholamhossein Esmaili is quoted as recently saying to Mizan Online News Agency.

"This individual was sentenced to life in jail and had served more than 11 years of his sentence," Esmaili added.

According to Esmaili, Malekpour was granted a three-day furlough on July 20. However, instead of checking back into prison, he escaped from Iran through an unnamed country and is currently in Vancouver, Canada.

On August 2, Malekpour’s sister, Maryam, shared a video on Twitter, confirming that her brother had returned to Canada. "The nightmare is finally over! Thank you Canada for your leadership. And thank you to every single person who supported us throughout this time. Together we prevailed," Maryam Malekpour wrote.

​According to a May 2018 report by Amnesty International, Saeed was “physically and psychologically tortured and spent over a year in solitary confinement.”

“He was given false promises by authorities that if he cooperated, they would conditionally release him. The IRGC [Islamic Revolutionary Guard Corps] wanted ‘confessions’. They never cared how the ‘confessions’ were made; whether or not they were true, coerced through torture, or obtained through false promises,” the report adds.

In a 2010 letter obtained by Amnesty International, Malekpour describes the psychological torture he endured in prison.

“The physical torture was nothing compared to the psychological torments. I endured long solitary confinement without phone calls or the possibility of visiting my loved ones, constant threats to arrest and torture my wife and family if I did not co-operate, threats to kill me. They also gave me false news that my wife had been arrested. My mental health was severely threatened. I had no access to any books or journals in the solitary cells, and at times, I would not speak to anybody for days,” the letter reads.

Payam Akhavan, an expert in international law at McGill University who was involved in Malekpour’s case, revealed that none of Malekpour’s family members were aware that he was going to flee the country while on furlough for a few days.

"It was far from certain that the plan to bring him to Canada would succeed. So we are all very relieved," Akhavan revealed in an interview with CBC.

"It was dangerous. Really, until he set foot in Canada we were not sure that everything would go according to plan,” he continued, also adding that the Candadian government was “exceptionally helpful” in Malekpour’s case and quickly provided him the necessary paperwork required to enter the country.

In a recent statement, a spokesperson for Canada’s Global Affairs government said that “Canada welcomes the news that Saeed Malekpour has been reunited with his family in Canada.”

“We have advocated for Mr. Malekpour's release and are pleased that he is now in Canada,” the statement adds.