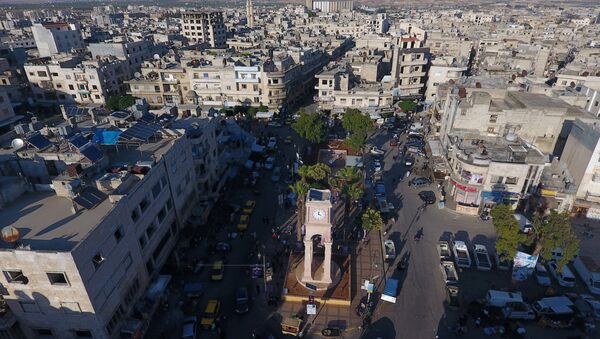 WASHINGTON (Sputnik) - The United States welcomes the ceasefire in Idlib de-escalation zone in northwestern Syria and calls for action to end attacks on civilians and infrastructure, US State Department said in a statement on Saturday.

"The United States welcomes news that a ceasefire has been declared in Northwest Syria, but what is truly important is that attacks against civilians and civilian infrastructure must stop. We will appreciate any efforts undertaken towards this important goal", the statement says.

The department also noted that it appreciated the efforts of Turkey and Russia in this matter.

"We commend efforts by Turkey and Russia working together to restore the cease fire they agreed in Sochi in September 2018. We also commend the UN Secretary-General for his personal engagement in the Idlib tragedy, including by establishing a Board of Inquiry on the Idlib situation from September 2018 forward", it said.

The state department stressed that a military solution to the conflict in Syria did not exist and that it was necessary to continue negotiations at international venues, including Geneva.

The Syrian Arab News Agency on Thursday cited a military source as saying that the Syrian government and opposition had agreed to the ceasefire.

The military source said the deal would come into force on Thursday night if the terms of the 2018 Sochi agreement are uphold, according to the report.

The Sochi agreement, agreed by Russia's President Vladimir Putin and his Turkish counterpart Recep Tayyip Erdogan in September 2018, created a demilitarized zone along the contact line between the armed opposition and government forces in Idlib.

Under the terms of the deal, radical militants such as the Hayat Tahrir al-Sham (HTS) terrorist group, were supposed to withdraw from the demilitarized zone.

But in recent weeks HTS militants have stepped up their attacks in Idlib and neighboring provinces, prompting Syrian government forces to respond to launching strikes on terrorist targets in the province.

Most of the province of Idlib is controlled by HTS, an alliance of jihadi groups led by the Al-Qaeda-linked Nusra Front terrorist organization.

*Hayat Tahrir al-Sham, Al-Qaeda, Nusra Front are terrorist organizations banned in Russia and many other countries.