Second in Less Than 24 Hours: What is Known So Far About Dayton Shooting 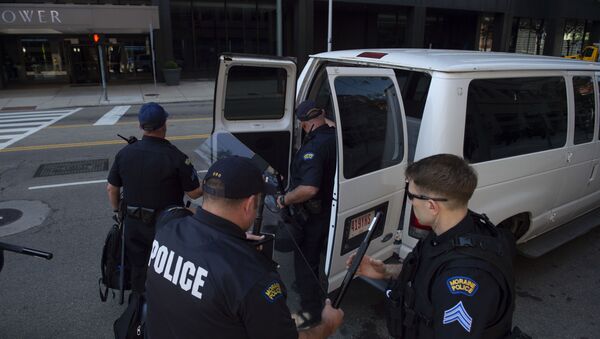 © AFP 2021 / Matthew Hatcher/GETTY IMAGES NORTH AMERICA
Subscribe
Zara Muradyan
All materials
The shooting in Dayton, Ohio, occurred just a few hours after a horrific scene at a Walmart store in El Paso, Texas, where the perpetrator killed at least 20 people and injured 26 others.

An active shooter situation has been reported outside the Ned Peppers Bar in Dayton, Ohio, with local police confirming that 10 people were killed, including the gunman.

#OregonDistrict #update Lt. Col. Carper: at 1:22am active shooter situation began in oregon district. The shooter is deceased. There are 9 others also deceased. At least 16 others went to area hospitals with injuries.

Law enforcement is actively investigating the shooting, while the FBI is assisting in the probe.

#OregonDistrict #update We had officers in the immediate vicinity when this shooting began and were able to respond and put an end to it quickly.

#OregonDistrict #update The FBI is on scene to assist in this investigation.

The gunman, who has yet to be identified, was neutralised by police, who are currently searching the area for a suspected second shooter.

According to multiple posts on social media, at least one perpetrator was a masked white male in all black, armed with a rifle, with one user tweeting that he still may be on the run.

There was just at terrorist attack out here in Dayton OH. Oregon district. White man in all black with an AR just opened fire for 30 seconds straight, Killing or injuring 10-20 people.

It's just hella people laid out on the ground pic.twitter.com/PeIBQRz005

Police are reporting at least one suspect is heavy set white male wearing mask with several magazine clips and a rifle, and is at large. They are still searching for this suspect in Dayton shooting. We are five minutes out from scene.

​Police have yet to confirm or deny these claims.

The Dayton police have confirmed that the death toll rose to 9. Earlier, WHIO-TV reported that at least 7 seven people were shot dead, Dayton Daily News cited unnamed sources as saying that at least 10 people are dead, and an unknown number wounded.

The Ned Peppers Bar, meanwhile, has shared an Instagram post to say that its staff is safe.

The police are checking the bars in the Oregon District for any additional victims, while medics have alerted local hospitals that several patients with gunshots would be arriving.

The massacre in Dayton was the second mass shooting in the US in one day, following the violence at a Walmart store in the Cielo Vista shopping mall in El Paso, Texas, where a gunman murdered 20 people and wounded 26 others.

The white male suspect, identified as 21-year-old Patrick Crusius, reportedly posted a manifesto ahead of the shooting spree, declaring that his act was motivated by his fear of increasingly large numbers in the Hispanic population due to illegal immigration. The authenticity of the manifesto is yet to be confirmed.