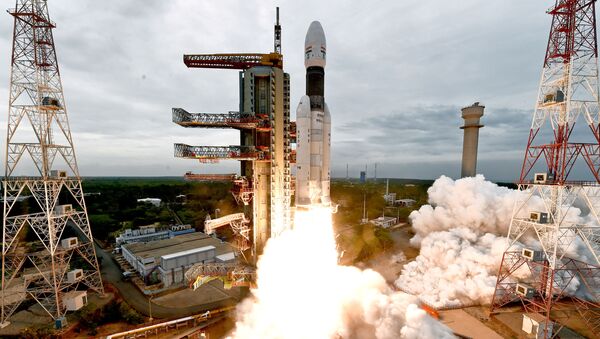 The spacecraft is still travelling farther from our planet, as it needs to traverse 384,000 km in its journey to the Moon.

India's Chandrayaan-2 mission has taken several photos of Earth from space that were published by scientists on Sunday. The footage shows rare pictures of the Pacific Ocean, as well as of North and South America.

New Delhi successfully launched the Chandrayaan-2 mission on 22 July. It consists of an orbiter, lander, and rover, and is scheduled to land on the moon after a 48-days-travel – on 7 September 2019.