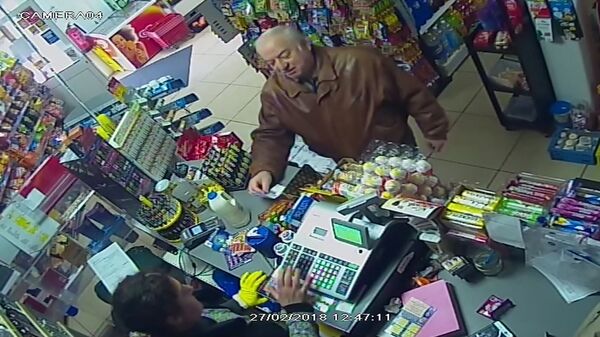 YAROSLAVL, Russia (Sputnik) - The niece of former Russian military intelligence officer Sergei Skripal, who was poisoned in the United Kingdom last year, said that her uncle had contacted his family on 26 June and told them that he did not plan on returning to Russia.

In previous interviews, Viktoria Skripal said that her uncle had not contacted his family since May, having previously called her in April as well. She also shared audio recordings of both calls with Russia's Investigative Committee. In the second call, Sergei left a message on her machine.

"He called on 26 June, but I did not want to make it public knowledge", Viktoria Skripal said.

She added that the phone calls lasted no longer than five minutes, adding that her uncle said that that he did not intend to return to Russia and that he was certain that Russian nationals Alexander Petrov and Ruslan Boshirov were behind his and his daughter's poisoning last year.

On 4 March 2018, Sergei Skripal and his daughter Yulia were found unconscious on a bench near a shopping center in UK's Salisbury.

London has claimed they were allegedly poisoned with a military-grade A234 nerve agent and accused Moscow of staging the attack, which provoked a huge international scandal.

London has also said that it suspects Russian nationals Alexander Petrov and Ruslan Boshirov, allegedly working for Russian intelligence, of carrying out the attack.

Petrov and Boshirov, meanwhile, denied their involvement in the attack in an interview with the RT broadcaster, saying that they had visited Salisbury just to do sightseeing and actually worked in the fitness industry.