MOSCOW (Sputnik) - US President Donald Trump has signed an executive order introducing a second round of sanctions against Russia in relation to the poisoning of former intelligence officer Sergei Skripal in the United Kingdom in 2018, which Moscow has denied, Politico reported on Friday, citing two US officials.

The first round of sanctions, imposed under the 1991 Chemical and Biological Weapons and Warfare Elimination Act, went into effect on 27 August 2018. Washington claims that Moscow has violated the norms stipulated by the legislation.

On Monday, US Congressmen Eliot Engel and Michael McCaul wrote in a letter to Trump that new economic sanctions must be imposed on Russia in retaliation for the poisoning of Skripal.

In March 2018, Sergei Skripal and his daughter Yulia were found unconscious on a bench at a shopping centre in Salisbury. Before a probe into the incident had even been launched, London immediately said the Skripals had been subjected to poisoning by a military-grade nerve agent known as "Novichok" and claimed that Moscow was "highly likely" behind the attack.

Russia has strongly denied the accusations and has sent over 70 diplomatic notes to the UK Foreign Office demanding that Russia be given access to the investigation and the Skripals, who hold Russian citizenship. In addition, Moscow has been requesting legal assistance and proposing cooperation, including a joint inquiry into the case. The United Kingdom has not responded to any of these notes.

Russian authorities, however, have repeatedly noted that London has failed to provide any evidence proving its involvement in the poisoning.

Additionally, the UK's Porton Down laboratory later said it was unable to confirm that the substance used in the Salisbury attack had been produced in Russia. The Russian Foreign Ministry, meanwhile, stressed that Moscow has never created, produced, or stored toxic chemicals known in the West under the name Novichok, calling the media claims about this "a hoax". 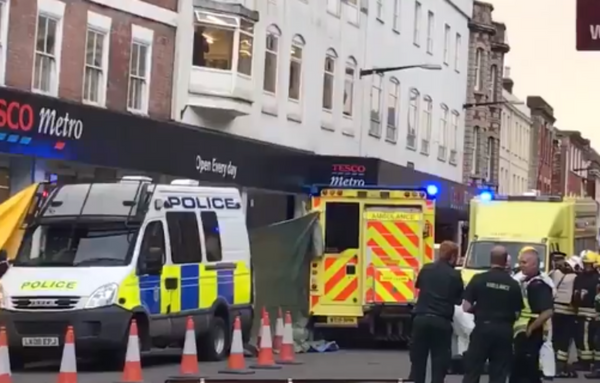 The UK's allies in the EU, as well as the US, supported London's accusations and followed Britain's example subsequently expelling several Russian diplomats, with Moscow imposing tit-for-tat measures.