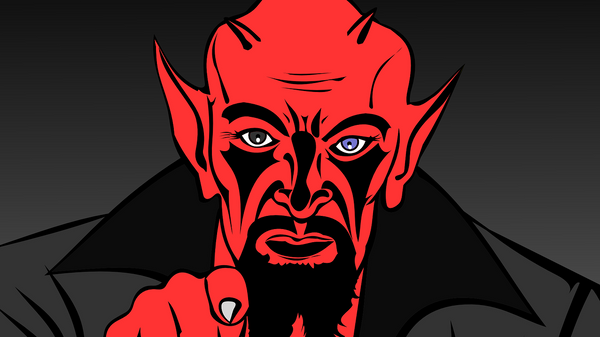 Despite the fact that the Church has always regarded Satan as the origin of evil and the foremost enemy of man, the Swedish Satanist community has been accepted as a religious denomination by the country's Legal, Financial and Administrative Services Agency, the newspaper Dagen reported.

In order to become a registered religious community in Sweden, you need to fulfil several requirements, such as arrange religious services, like prayers or meditation, and have a name that “doesn't contradict good customs or general order”. According to the authorities, the Satanists have ticked all the boxes.

The group is led by a married couple, Erik and Jenny Hedin from Stockholm. Both are scholars in the history of ideas and linguistics and admittedly have no background in other religious movements. According to their own data, they have about 100 followers. The movement was inspired by The Satanic Temple, an activist group from Massachusetts, US, who among other things have lobbied to abandon school prayers, not unlike Sweden's Humanist Society.

Despite having a name that suggests devil worship and to many ears rings of nocturnal rites and animal sacrifice, the Satanist community actually celebrates a scientific approach, a secular state and social justice. Even a cursory look at the community's Facebook page reveals a lot of talking points generally associated with left-wing or liberal debaters, such as LGBT issues, environmental protection and criticism of midwives who refuse to perform abortions. The community also distributed sanitary towels in a project called Menstruation with Satan. During Stockholm's Pride Week, the group organised a seminar on the need for Satanist feminism.

As for Satan himself, he is only seen as a “literary figure”, according to the society. While Satan is hailed as role model and “eternal rebel” who eternally gainsays the authorities, the group performs rituals such as “invocation of Lucifer and Lilith”. The focal point is to put the self at the centre of everything.

“Man is perfect as he is, we do not need to listen to others but can believe in ourselves. It is also about questioning arbitrary norms and authorities”, Jenny Hedin explained to Dagen.

So far, the formal recognition doesn't go beyond just that, and the satanists enjoy no government grants or rights to conduct marriage ceremonies. Nevertheless, such a step was inconceivable only some decades ago.

However, since the Church of Sweden was separated from the state in 2000, a push for a more equal treatment of other faith communities was initiated. In recent years, a plethora of religious societies have been registered in Sweden, from the Islamic fatwa agency to the Scientologists.