Sanctions Against Iran Effective, US to 'Enforce Them' Everywhere - Pompeo 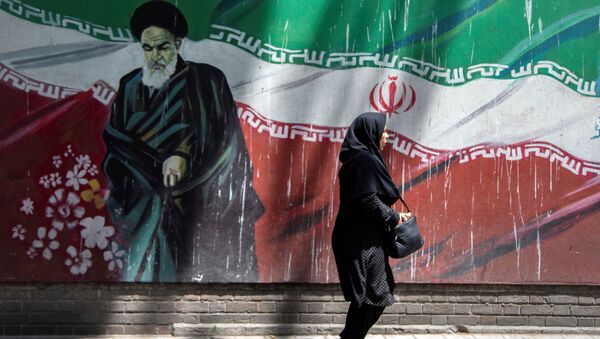 On Friday, Pompeo said at a regional youth leadership programme in the Thai capital of Bangkok that Washington would continue to enforce sanctions against Iran.

US-Iran relations have deteriorated since US President Donald Trump unilaterally withdrew the United States from the 2015 nuclear agreement with Iran last spring. The United States proclaimed it intends to halt Iran’s sale of oil and re-introduced sanctions on almost all major sectors of the Iranian economy.

The US Treasury said Wednesday that all assets that Zarif might have in the United States would be blocked and threatened to impose penalties on people and entities who engage in transactions with the diplomat.

The Iranian Foreign Ministry has said sanctions only proved the weakness of the US. Zarif took to Twitter on Thursday to deny having any property interests outside of Iran, but humorously thanked the Trump administration for considering him a "huge threat to your agenda".

Zarif was one of the architects of the 2015 Joint Comprehensive Plan of Action (JCPOA), which coordinated the descaling of Iran’s nuclear programme in exchange for gradually lifting sanctions against the country. The Iranian foreign minister has been also a staunch critic of the Trump decision to withdraw from the agreement and the US president's overall Middle East policy.

Iranian President Hassan Rouhani on Thursday called the US sanctions against Foreign Minister Zarif "childish" and noted that they contradict Washington's claims that it is ready to negotiate with Tehran.

000000
Popular comments
The sheer pomposity of the US is nauseating in the extreme.

arcsmith
2 August 2019, 05:41 GMT4
000000
arcsmith, I agree 100%! I also haven't seen any changes in the way their people live for at least the last 5 years of sanctions. I've also noticed that Iran has built up their military even more in the last 5 years. They must be stealth sanctions...LOL