No-deal Brexit ‘Not Going to Be Disastrous’ – UKIP Member 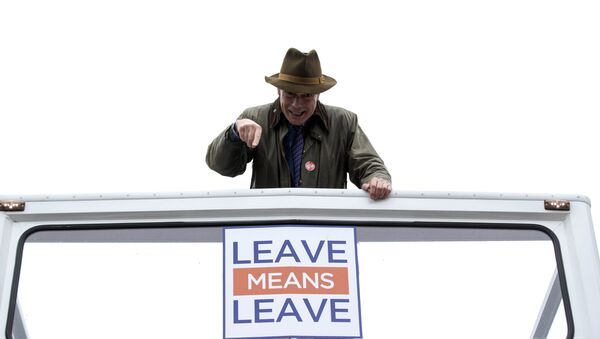 British Chancellor of the Exchequer Sajid Javid has told HMRC that preparations for a no-deal Brexit must be stepped up.

But will there be enough time to ensure that such a scenario would not prove damaging to the UK’s economy after October the 31st? Or conversely; have the negatives of a WTO rules departure simply been demonised by the pro-remain factions within Westminster?

UKIP’s Hoong-Wai Cheah has spoken on the matter.

Hoong-Wai Cheah: I think he can. Boris Johnson has shown himself to be a fairly capable leader during his time as Mayor of London, however, whether or not he will, is another question altogether.

Capable as he is; he is quite a self-serving individual; he might discover that it’s not in his own self-interest after all, so if it is not in his self-interest to deliver Brexit, he just might not. Bearing in mind also, that he is already encountering a lot of resistance, not just from within his party, but also from the civil service and just the whole bureaucracy, they might just be a bit reluctant you know.

We only have a matter of weeks to go before October the 31st, so it’s a very tight time frame. He has shown himself to be quite capable leader, he knows how to delegate, he has put the right people in charge, he’s not afraid to make the unpopular decisions, he’s quite shrewd, so there is a chance just yet.

Sputnik: Should the British government have prepared for a no-deal Brexit from the start? Would this scenario be as bad as many pro-remain MPs seem to believe?

Hoong-Wai Cheah: Of course you should always prepare for a type of plan B, there is absolutely no reason to think that because you want plan A so badly, that plan B is just not worth entertaining, of course, you must always have a contingency plan in case it doesn’t work out the way you want.

I think it goes without saying that it’s not going to be disastrous; they are trying to scare voters by saying that food is going to more expensive, medicine won’t be able to get in, there will be high taxes on imports; all of these things are within control of the UK’s government, there is hardly anything worth worrying about that the British government can’t control, so if the UK government decides to put up import taxes, or restrict the import of European regulated medicines, then we know who we have to blame, this is nothing to do with Brexit.

Hoong-Wai Cheah: Personally I am not a big fan of Boris Johnson; but he has shown himself to be capable. Not too long ago I had a conversation with a friend, which turned out a bit ugly in that she ultimately disagreed with me quite badly.

The views expressed in this article are solely those of Hoong-Wai Cheah and do not necessarily reflect the official position of Sputnik.