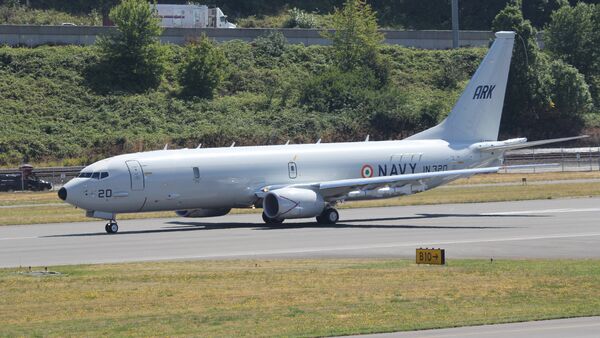 New Delhi (Sputnik): Boosting their defence cooperation, India and the US may finalise two defence agreements -- the Industrial Security Annexure (ISA) and the Basic Exchange and Cooperation Agreement (BECA) -- on Friday to implement them in the near future.

Indian Defence Secretary Sanjay Mitra is leading an Indian delegation to participate in bilateral Defence Planning Group (DPG) dialogue in Washington. The dialogue was revived after a gap of four years in Washington on Friday.

The signing of the agreement will pave the way, as per the US government, to transfer critical military technologies to India.

The two countries already signed two US foundational agreements: the Logistics Exchange Memorandum of Agreement (LEMOA) and the Communications Compatibility and Security Agreement (COMCASA), in 2016 and 2018 respectively.

The US has been pushing to sign all the foundational agreements to optimise the utilisation of US military platforms that India purchased in the past decade.

India has purchased nearly $18 billion worth of weapons from the US, including C-17 and C-130J transport aircraft, state-of-the-art P-8i maritime reconnaissance aircraft, Harpoon missiles, Apache and Chinook helicopters, and M777 howitzers.

The Basic Exchange and Cooperation Agreement (BECA) will enable India to use US-produced geospatial maps, which will sharpen the accuracy of these sophisticated weapons.

The dialogue will also "look at the prospect of technological cooperation in building military hardware under Make in India".

During the last 2+2 Ministerial Dialogue between the US and India, the two countries announced their readiness to begin negotiations on an Industrial Security Annexure (ISA) to "support closer defence industry cooperation and collaboration".

Military observers consider the ISA an important agreement ahead of India's $15 billion fighter jet tender in which firms from Russia, the US, France, and Sweden are expected to take part later this year.

A large part of the fighter jets will be licence-built locally through a strategic partner from the private sector selected by the Ministry of Defence (MoD).