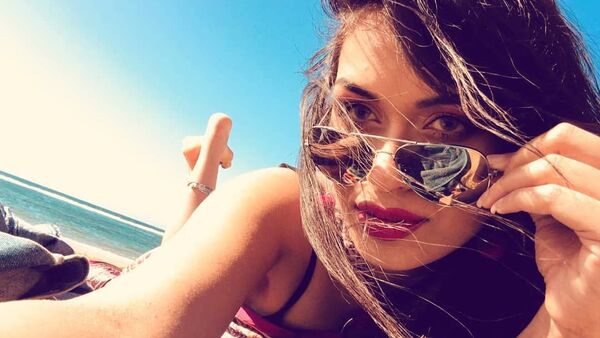 The 23-year-old woman from Derby reportedly had to rush to hospital to start her work as a junior doctor just hours after she was pronounced the prettiest girl in England during a fancy ceremony in Newcastle. She will now have to squeeze the Miss World pageant into the busy schedule of being a young doctor.

Bhasha Mukherjee from Derby has been crowned Miss England 2019 at a ceremony in Newcastle, making headlines not only thanks to her appearance, but also other merits, including two medical degrees, her command of five languages and an IQ of 146, which is far above average. However, as the Daily Mail reports, she did not have much time to rest on her oars, as just hours after the finals, she had to change her shining crown and gown for the scrubs of a junior doctor at Boston’s hospital in Lincolnshire.

“My nerves are really high at the moment, and I have to catch a 4am train after the Miss England final just to make my induction day at the hospital. I've really enjoyed competing in the pageant as everyone is so lovely”, she revealed in the interview.

The 23-year-old beauty queen also insisted that she and her rivals want to disprove the image of pageant contestants as being “airheads”.

“Some people might think pageant girls are airheads, but we all stand for a cause. We're all trying to showcase to the world that actually just because we're pretty, it doesn't end there - we're actually trying to use our reach and influence to do something good”, the young woman noted.

According to the new Miss England, her pageant career started when she was studying at medical school, but these contests have not seemed to interfere with this uneasy task, as she now holds two degrees in medical sciences and surgery from the University of Nottingham.

The British outlet also brands her “a genius” for having an IQ of 146, while the beauty herself admitted that she “won the Einstein Award for being the smartest in my class and I was the top of my school with my GCSE results”.

As Mukherjee revealed, she “was a bit of a loner as a child”, since she was new in the UK after having moved there from India with her parents at the age of nine.

Moving from one school to another did not help as well.

“I was teased a bit for being eccentric and dramatic, but my way out was studying and competitions - I was just so passionate about learning”, she said.

Apart from juggling her profession as a doctor and competing for Miss England, as well as taking part in the Miss World competition, she also has a charity, The Generation Bridge Project, designed to help lonely elderly people.