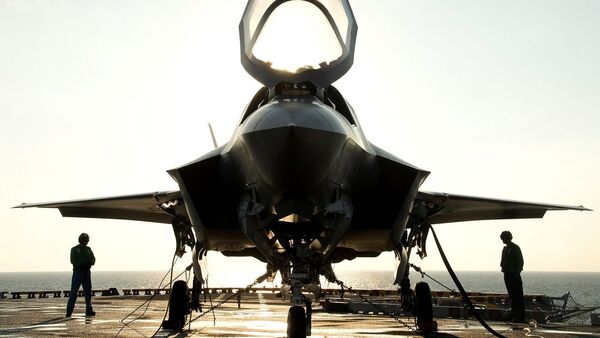 Japan's Defense Ministry announced it will restart F-35 flights for the first time since one plane crashed in April, Reuters reported Wednesday.

The decision will reportedly come into effect Thursday.

The flights were suspended after a plane that was less than one year old crashed due to pilot disorientation on 9 April. The plane was the first machine assembled in Japan, and one of 13 active planes in Japan at the time of the incident, Reuters report says.

It was piloted by Major Akinori Hosomi, a 41-year old pilot with 3,200 hours of flight experience, CNN reported at the time.

According to Defense Ministry, the pilot communicated calmly with ground controllers mere seconds before the crash, which indicated he was totally unaware that his plane was descending right into the ocean rapidly.