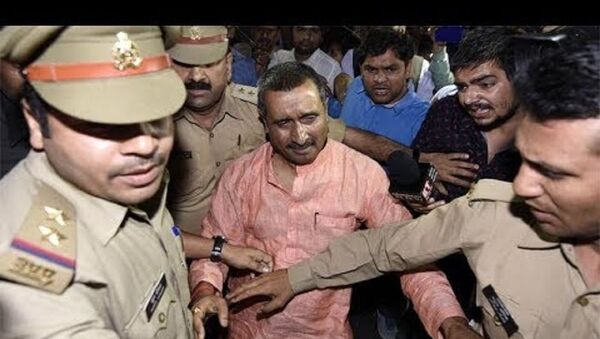 The accuser, a resident of Unnao in northern Uttar Pradesh has alleged that she was raped two years ago by BJP legislator Kuldeep Singh Sengar, a charge the legislator has denied. She also attempted to set herself on fire outside state Chief Minister Yogi Adityanath’s residence in April 2018 to get his attention after the state police did not act on her complaint.

On 28 July, a truck crashed into the car in which the woman was travelling, with her lawyer and two aunts. While her aunts later succumbed to their injuries, the alleged rape victim and her lawyer were critically injured and underwent treatment in a hospital in the state capital, Lucknow. The accuser’s family claims that they were receiving threats made on behalf of the legislator and the accident could have been orchestrated at his behest.

The issue has also rocked the Indian Parliament, with the opposition parties trying to corner the BJP, which was first forced to suspend the accused legislator and then dismiss him from the party.

Amid waves of public outrage, the state government handed over the case to the federal investigative agency, Central Bureau of Investigation (CBI). The legislator, who was subsequently arrested, is currently in jail.

The top court of India, taking cognizance the victim’s letter that her life is under threat, has ordered the case to be transferred to a Delhi court. In an order on Thursday, the top court also asked the government to provide federal security for the accuser and her lawyer, complete the probe in seven days, and fast-track the trial in 45 days.

The apex court also wanted the alleged victim to be airlifted to a hospital in New Delhi for advanced treatment.