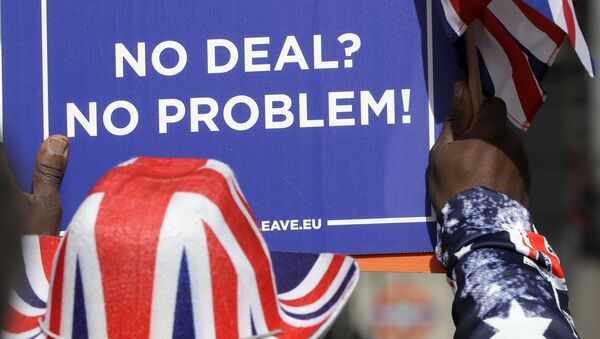 © AP Photo / Kirsty Wigglesworth
Subscribe
International
India
Africa
The new funding will be provided by the British government to help the UK ease through its economic transition should it sever ties with the EU on a no-deal basis. But should Westminster have prepared for this from day one?

Chris Mendes, leader of the Foundation party has spoken about the preparations.

Sputnik: Will the funding by the government help assuage fears regarding a no-deal Brexit?

Chris Mendes: The funding that has been committed is certain a good idea, but the question is; why didn’t this happen three years ago? The truth is that we’ve been led by a government over the last three years that was afraid of our independence, afraid of our self-government, and who were doing everything they possibly could to disrupt Brexit, or to keep us with one foot in, so they never really planned for no deal at all seriously from the start.

Today we are in a situation where it’s a bit like the kid in school doing his homework at the very last minute, where the government is rightly making the proper preparations, investing money in extra border officers, medical supplies and so on, at the last minute; it really is not our finest hour.

The government is now doing the right thing, but it’s very late.

Sputnik: Will Boris Johnson be able to deliver Brexit by the October deadline?

Chris Mendes: What we have now of course is a government that has essentially been taken over by the vote leave campaign, so they are making all the right noises and we’ve now got people in government who actually believe in this policy, and are serious about getting out, which is something that should have happened straight after the referendum, but better late than never.

As for the arithmetic in parliament and how we actually proceed; leaving without a deal is the legal default, parliament has already passed a law of triggering Article Fifty which would always mean leave, with or without a deal.

That is the legal default; we are leaving on the 31st of October.

Chris Mendes: If a general election were to take place before Brexit was resolved; of course we have the emergence of the Brexit Party, which is a fascinating complication now because of course the Brexit Party is a natural consequence of Brexit taking three years to resolve itself, and there’s a lot of angry people there that would support the Brexit Party in an election. 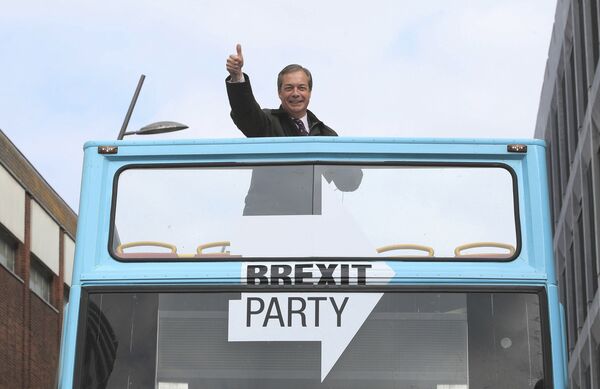 As we saw in the recent by-election in Peterborough, the Brexit Party did very well, and the Conservatives were pushed down to third place, and of course the Labour Party came first, and so it’s in an extraordinary dilemma, which is that if the Conservatives went for a general election; the Brexit Party might take a lot of their vote, and it means that a Labour government becomes much more likely, and that means that we are looking at another referendum, and another campaign to remain, so it sends the whole thing in the opposite direction.

The views expressed in this article are solely those of Chris Mendes and do not necessarily reflect the official position of Sputnik.