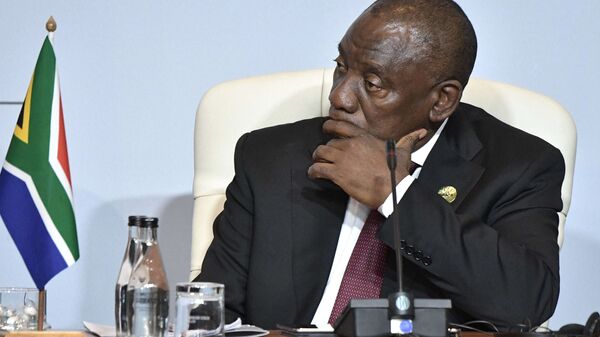 The administration of South African President Cyril Ramaphosa based its election campaign on promises to boost the economy and reduce unemployment in the country before it won the general election in May.

The unemployment rate in South Africa has reached a record 29 per cent, the national statistics agency says in its latest Quarterly Labour Force Survey.

The country's President Cyril Ramaphosa and his party, the African National Congress (ANC), have come under strong criticism from opposition parties, describing the situation as an "unemployment catastrophe" and saying that the government has no clear plan to address the issue. 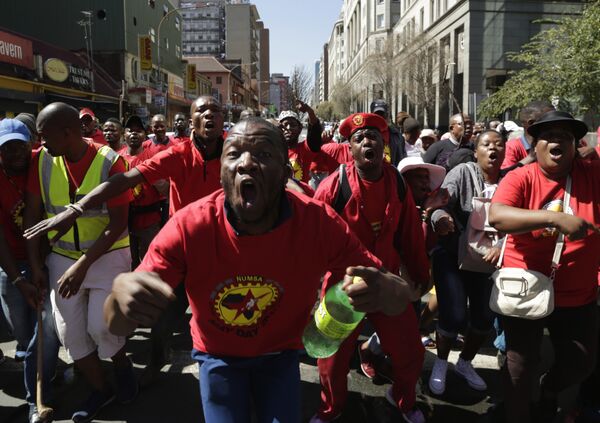 South Africa Federation Of Trade Unions (SAFTU) protesters gather in downtown Johannesburg, Wednesday, April 25, 2018, ahead of a march against the national minimum wage and the proposed changes in the labour laws
© AP Photo / Themba Hadebe

According to the national statistics agency StatsSA, the figure rises to 38.5 per cent if those people who have stopped looking for a job are taken into account. The youth unemployment level is over 50 per cent.

Ramaphosa came to power last year, replacing Jacob Zuma amid promises to improve the economy and attract foreign investment to boost employment. Last month, the national executive committee of the ANC set a target for Ramaphosa's government to halve the unemployment rate to 14 per cent within five years.