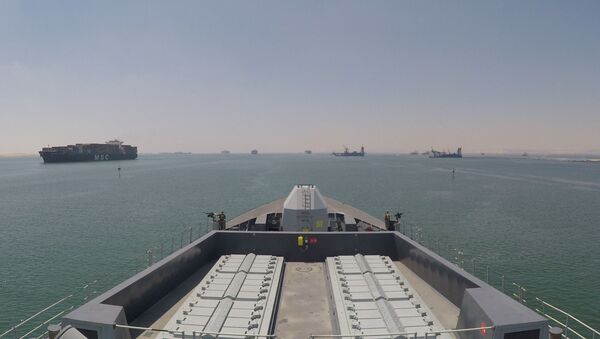 WARSAW (Sputnik) - Germany will not take part in the US-led mission to secure shipping in the Strait of Hormuz, Foreign Minister Heiko Maas said Wednesday.

"Germany will not participate in the US initiative", he said after a meeting in Warsaw with his Polish counterpart, Jacek Czaputowicz.

The United States was reported this week to have asked Germany to help it secure the strait and combat Iranian aggression. Berlin said it did not want to be part of Washington’s "maximum pressure" campaign against Iran.

Maas argued on Wednesday there could be no military solution to the US-Iranian standoff in the strait, through which a third of all seaborne oil passes, adding his bet was on diplomacy.

"We must make every effort to avoid a further escalation in the Strait of Hormuz … We will look for a way to ease tensions. There can be no military solution to it", he said.

Germany has also been vague about the prospects of joining a UK-proposed European naval mission to secure commercial shipping in the strait after Iran seized a UK-flagged oil tanker, Stena Impero, almost two weeks ago.

Tensions in the Gulf waters escalated in June following several isolated attacks involving oil tankers. The United States has claimed that Iran was behind the incidents, while Tehran has denied any wrongdoing. Iran subsequently shot down a US surveillance drone over the coastal Hormozgan area, prompting threats from the United States.

The situation worsened after an Iranian vessel was seized by Gibraltar over suspicions of shipping oil to Syria in violation of EU sanctions. The move has been slammed by Tehran, while Madrid has said the tanker was captured at the request of the United States.

On 19 July, Iranian forces seized a tanker and its 23-person crew in the Strait of Hormuz over alleged violations of international navigation norms.

Last week, the United States invited Australia, France, Germany, Japan, Norway, South Korea and the United Kingdom, among others, to join the coalition, saying that all parties involved would be protecting not only their own interests but the "fundamental understanding of free and open waterways".