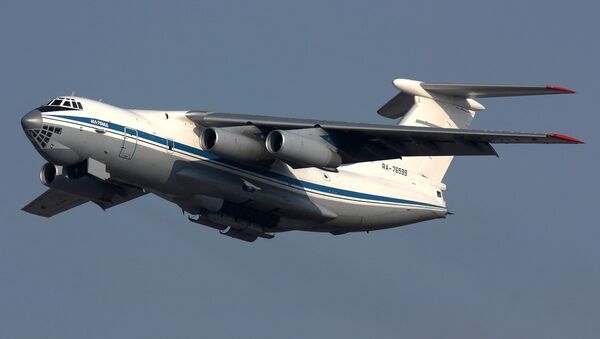 LONDON (Sputnik) - UK fighter jets based in Estonia were scrambled over the weekend to intercept a Russian IL-76 military transport plane flying close to the Baltic nation’s airspace, the UK Defense Ministry said in a statement on Tuesday.

“We continued to escort the transport aircraft as it transited in a north direction, away from Estonian airspace”, a Typhoon pilot from the squadron involved was quoted as saying in the statement.

The ministry said this was a routine mission for Typhoon fighters from the Amari Air Base, meant to provide “reassurance that the UK is here to work in partnership with Estonia.”

This was the 14th time that the Quick Reaction Alert squadron was called upon since the United Kingdom replaced Germany on the rotating air policing mission in the Baltics in May.

It was last scrambled to shadow Russian military planes in June.