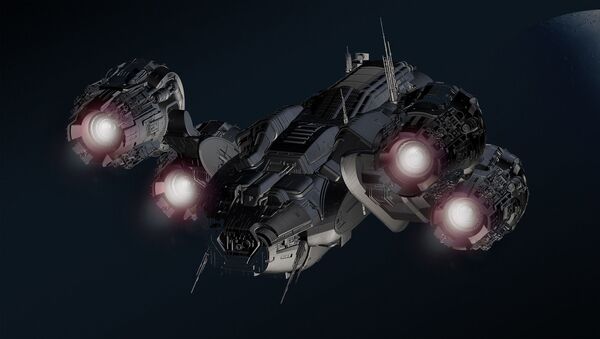 According to the video’s description, a person who witnessed this event said that the mysterious objects looked like some kind of craft and moved across the sky in complete silence.

It appears that marching into Area 51 to "see them aliens", as one Facebook joke event suggests, might be unnecessary as a peculiar event which, according to conspiracy theorists, looks like a mass UFO sighting, was recently reported in the US state of Wyoming.

According to the description on the Hidden Underbelly 2.0 YouTube channel where the video was uploaded, this phenomenon was observed on 26 July over the city of Casper.

If the eyewitness’ testimony presented in the description is to be believed, the objects featured in the video “weren’t orbs” but rather looked "like crafts", and they moved in complete silence.

"I figured if they were drones I would have heard the propellers but I have no idea what it was, it was a trip", the eyewitness added, as quoted by the YouTube channel’s owner.

Meanwhile, another alleged UFO sighting was recently reported on the very doorstep of Area 51, with the video of this encounter also being made public on YouTube.