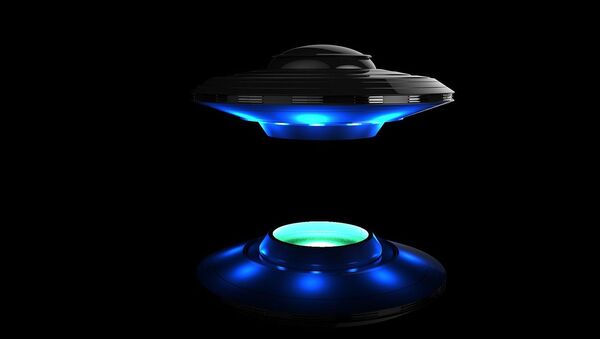 A notable UFO hunter observed that the mysterious object looks like a “perfect” metal disk and seems to emit a sound resembling that of a jet aircraft in flight.

As tens of thousands of wannabe alien hunters appear to be preparing to take part in a Facebook event which may involve "storming" Area 51, a peculiar flying object resembling a UFO was recently observed virtually on the facility’s doorstep.

According to the caption provided by the person who recorded the video, the footage was allegedly filmed via a motion sensor camera installed in Rachel, Nevada – the closest settlement to the enigmatic military base.

"After filming for nearly 6 hours I found this", states the message in the opening part of the video which then cuts to what looks like some sort of a metallic object that streaks across the sky.

The veracity of the video, however, was not immediately clear.

Commenting on this development in his blog, prominent conspiracy theorist Scott C. Waring noted that watching the video in slow motion reveals that the mysterious flying object looks like a “perfect metal disk” while the sound apparently emitted by it resembles that of a jet aircraft.

"So perhaps the sound is merely the noise of the UFO pushing aside the wind as it shoots across,” he mused. "Clearly another top secret Area 51 project. Imagine a fleet of these American craft flying over other countries. Puts the fear into those who see them."