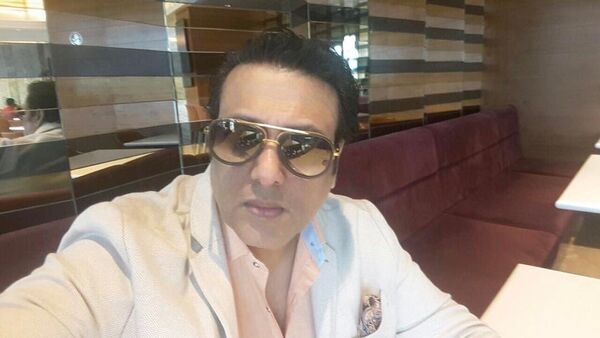 New Delhi (Sputnik): A trolling fest ensued on social media after Indian actor Govinda recently suggested that he was initially offered a role in the Hollywood blockbuster “Avatar”, but rejected it citing the mandatory “usage of body paint” over long periods of time.

Appearing on a popular Indian talk show, the actor claimed that the director of the world revered Avatar series James Cameron had initially urged him to be a part of the first edition of the series, which reigned for a decade as the world's highest-grossing film before Marvel's Avengers: Endgame surpassed it.

In a recent interview, #Govinda revealed that he suggested the title #Avatar to #JamesCameronhttps://t.co/ZKq65ngF1w

"I asked him (Cameron), 'you want me to shoot for some 410 days and colour my body during the shoot?' I couldn't do it, so I apologized for declining and left," the actor. Govinda, who made the revelation to senior journalist Rajat Sharma, during his popular talk show, also claimed that he had suggested the title 'Avatar' to director James Cameron.

The Twitterati pounced upon the actor, who has enthralled Indian audience over the years with Bollywood super hit flicks like "Coolie No. 1" and "Raja Babu".

Actor Govinda said:- I was offered #Avatar and I only gave the title’s suggestions to #JamesCameron!👏
I assume that he is mentally disturbed and need help. He was a big super star, So Bollywood people must help him at this time.

he thinks they painted their bodies in order to become avtars....

Who did this? 😂🤣#Avatar #Govinda pic.twitter.com/Nz96NQSOTr

Reminds me when Rakhi Sawant said she rejected Gladiator because of kissing scene.

Some users also mockingly suggested that the actor was actually talking about an Indian film from the 1980s, of the same name.

Republic you got it wrong...Govinda meant "i suggested remake of 1980's Avtaar in a comdey form to David Dhawan."

He's might be confused with another hindi movie called Avataar..lol pic.twitter.com/ukR6LtJ0cn

Although Govinda happened to be one of the biggest B-Town sensations of the early 2000s, his movies of late have lacked in audience appeal. Govinda last appeared in Rangeela Raja directed by Sikander Bharti, released earlier this year. The film, however, failed to rake up good numbers at the box office.

Earlier this year, Cameron had revealed that Hollywood stars Chris Evans and Channing Tatum were almost cast as Jake Sully in Avatar. Cameron disclosed that Sam Worthington had competition from the two major stars for the lead role, but the relatively unknown actor won the 64-year-old filmmaker over with the “intensity” of his voice during the final speech in the movie.