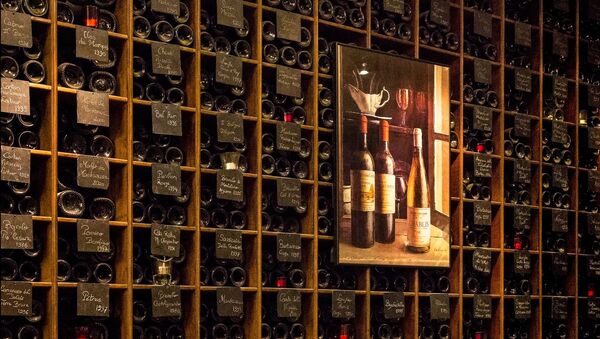 CC BY 2.0 / Sheila Sund / Wall of wine (France through my eyes)
Subscribe

Earlier this week, President Donald Trump lashed out at Paris’ announcement that it would impose additional taxes on US digital companies operating in France, warning that President “Macron’s foolishness” may result in Washington taking reciprocal steps against his country.

He also claimed that “American wine is not better than French”, in an apparent nod to Trump’s recent remarks about US-made wine being better that France’s.

Guillaume’s statement comes a few days after Trump went on Twitter to condemn Paris’ decision to introduce taxes on US digital companies operating in France.

The US President noted that President “Macron’s foolishness” would lead to reciprocal steps against his country and that French wine could be targeted in “substantial” retaliation.

French Finance Minister Bruno Le Maire, for his part, warned against linking the issue of digital tax that Paris seeks to introduce against the US tech companies to the levies on wine threatened by Trump.

“It's in our interest to have a fair digital tax. Please do not mix the two issues. The key question now is how we can get consensus on fair taxation of digital activities”, Le Maire told reporters late last week.

On 5 April, Le Maire announced that France is considering taxing the largest digital companies operating in the country to “bring more justice and efficiency to the international tax system”.

The tax called ‘GAFA’ will affect firms with global annual sales over 750 million euros ($849 million) and sales in France of at least 25 million euros ($27.8 million). Many of the companies that fit these criteria are US-based, including the so-called “Big Four”: Google, Apple , Facebook and Amazon, also known as GAFA.

Washington, for its part, pointed out it would look into France's plans to impose the new tax, referring to fears that it could “unfairly target American companies”.