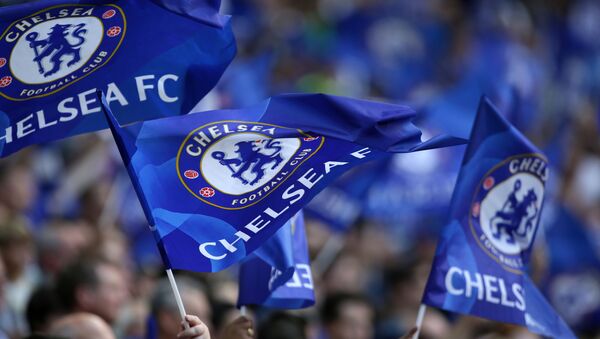 Chelsea Football Club has a history with having to deal with racial antagonism amongst its fans. In 2015, Chelsea supporters were seen shoving a black man off a Paris Metro train.

Chelsea Football Club have issued a permanent ban against a fan who reportedly launched racial abuse towards Manchester City's Raheem Sterling during a match at Stamford Bridge on 8 December 2018, according to The Independent.

The decision by the club followed a lengthy police investigation into the attack, which also led to the suspension of five supporters.

The club employed a team of lip readers to establish what exactly was said.

No criminal charges have been pressed. The Club explained that the Crown Prosecution Service (CPS) investigation was never to determine if a criminal offence had been committed, but instead to establish if there had been a breach of ticketing terms and conditions.

The Club called the behaviour "abhorrent" and offered no reduced punishment for anti-racism classes, reiterating their "zero-tolerance" approach to racism.

The perpetrator is 60-year old suspected former BT-manager called Colin Wing, according to the Daily Mail.

Wing allegedly called Sterling a black c***. In an interview with the Daily Mail, Wing said that he is "deeply ashamed" by his own behaviour.

"I feel really bad," he added

He went on to say that he offers an "an unreserved apology."

"Even if it wasn’t racist, it’s not right what I said. Even the swearing is bad – but I got carried away."

"I was completely out of order, but I’ve lost my job and my season ticket now so everybody’s got what they wanted. So why can’t they leave me alone?" he said.

The footage of Colin Wing screaming at Sterling has circulated on the internet, and Sterling received praise for laughing off the abuse.

One thing that I can't stand in football and it pisses me off every time I see it hear it when I go to watch my team is racism in football. I have the most massive respect for Aubameyang and Raheem Sterling for not rising to it and just laughing it off. Fantastic reaction boys. pic.twitter.com/lPCnQAaAnC