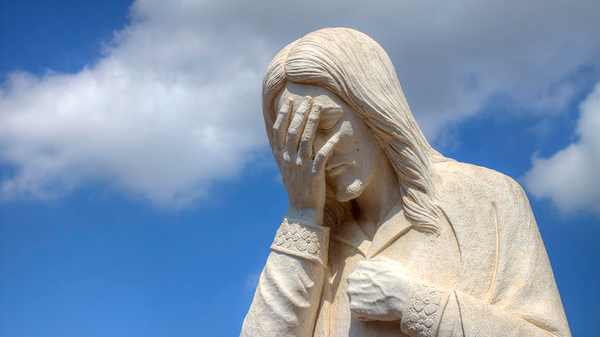 The scholar notes that for some reason, pagan authors who lived at the same time as Jesus did not mention him in their texts, and even the Bible has no mention of his life between the ages of 12 and 30.

Citing the scarcity of historical accounts of the life of Jesus Christ, an American New Testament scholar named Bart Ehrman has speculated that the central figure of Christianity might not have existed at all, the Sunday Express reports.

Exploring the matter in his book titled "How Jesus Became God: The Exaltation of a Jewish Preacher from Galilee," Ehrman notes that aside from a mention in Tacitus’ annals, "pagan authors from the time of Jesus" had literally "nothing" to say about him, not to mention that the Bible itself has "no mention of Jesus’ life between the ages of 12 and 30".

"As odd as it may seem, there is no mention of Jesus at all by any of his pagan contemporaries. There are no birth records, no trial transcripts, no death certificates. There are no expressions of interest, no heated slanders, no passing references – nothing," Erhman wrote.

Pursuing his theory further, the scholar ventured a guess that "account of Jesus’s life were myths which spiralled out of control," as the newspaper put it, arguing that originally, the earliest Christians merely regarded Jesus as becoming divine after being "exalted to the heavenly realm."

"After that a set of evolutionary forces took over, in which the followers of Jesus began saying more and more exalted things about him," he explained. "That he had been made the son of God at his resurrection; no, it was at his baptism; no, it was at his birth; no, it was before he came into the world; no - he had never been made the son of God, he had always been the Son of God; in fact, he had always been God; more than that, he had created the world; and yet more, he was an eternal being equal with God Almighty."