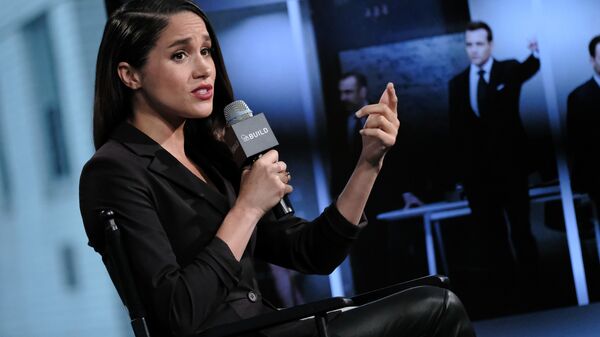 Meghan Markle has had a stint as a Vogue guest editor, but some critics say it goes beyond her role as a member of Britain’s royal family. There is an unspoken rule that the royals should refrain from making political statements, but the Duchess of Sussex may just have made one.

Meghan Markle has guest-edited the September issue of British Vogue, putting the spotlight on a number of celebrities, politicians and campaigners associated with left-wing views.

Ingrid Seward, editor-in-chief of Majesty magazine, mirrored her tone. “The Duchess of Sussex has done a huge favour for the House of Conde Nast (Vogue’s publisher) and rather less for the House of Windsor.”

The issue, entitled Forces for Change, highlights “trailblazing female change-makers” who are set to “re-shape society in radical and positive ways,” the magazine announced.

Meghan Markle – who champions women's rights and empowerment and works to raise awareness of climate change – has picked 15 women for the cover line-up, who she believes have made an inspiring impact on modern life, and she also had an exclusive interview with former US First Lady Michelle Obama.

But among them are some women who can hardly be viewed as supporters of Britain’s royal family, a centuries-old patriarchal institution of which Meghan Markle is an important member.

The list includes New Zealand’s Prime Minister Jacinda Ardern, who said in the past that she wanted her nation to have a conversation on ditching the Queen as the head of state.

Another cover star, Nigerian author Chimamanda Ngozi Adichie, has called for Meghan to take over as the next Head of the Commonwealth instead of Prince Charles.

“Actually, I think Meghan Markle should be Head of the Commonwealth,” she said in a TV interview last year. "And you know black people are gorgeous so, of course, a person who wants gorgeousness in their life would do well to look at that.”