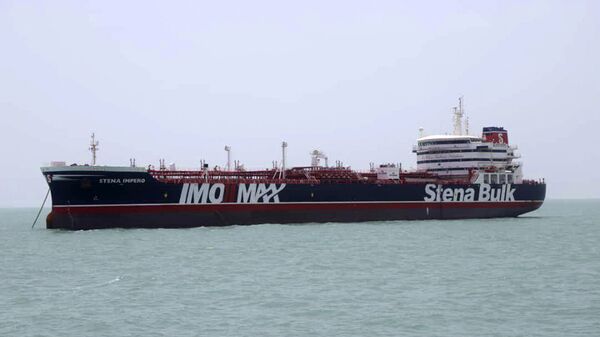 Iran’s Islamic Revolutionary Guard Corps (IRGC) has released a video showing them issuing a warning to a British warship during the IRGC's seizure of the UK-flagged oil tanker Stena Impero earlier this month.

“This is the IRGC Navy patrol boat, don’t put your life to danger. The tanker […] is under my control. You are ordered to not interfere in my operation”, an Iranian operator is heard in the video published by the Iranian news agency Tasnim on its Twitter page.

A voice with a British accent is heard replying that “this is British warship F236” and that the warship is “in the vicinity of an internationally recognised strait with a merchant vessel […] conducting transit passage”. 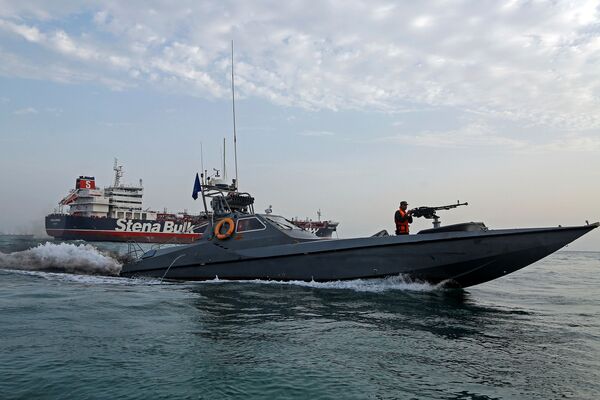 The video follows the IRGC detaining the Stena Impero on 19 July over alleged violations of maritime laws after the vessel reportedly ignored warnings, switched off its positioning device, and collided with an Iranian fishing boat.

Despite Tehran's warnings that it may detain a British vessel over a conflict with London regarding previous seizure of the Iranian supertanker Grace 1, Iran’s officials insisted that the Stena Impero's detention  was not a "retaliation".

The British Defence Ministry, in turn, said that a British Royal Navy vessel has been assigned to accompany all vessels under the country's flag sailing through the Strait of Hormuz following the detention of the Stena Impero.

Seizure of the Iranian Tanker Grace 1

UK Royal Marines detained the Grace 1 with Iranian oil on board in the Strait of Gibraltar on 4 July, suspecting the vessel of sailing for Syria and thus violating EU sanctions against the country.

Tehran denies that the oil was destined for Syria and has accused the UK of endangering trade and the freedom of navigation with the illegal arrest of the tanker. 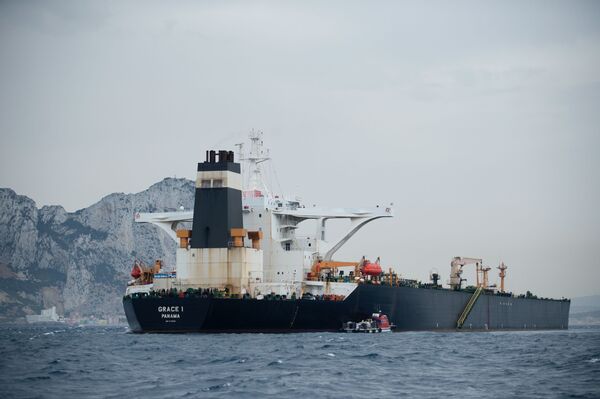 Iranian President Hassan Rouhani slammed the seizure of the Grace 1 as an illegal act, which he said and would be detrimental for the UK.

Iran's Foreign Ministry spokesperson and senior nuclear negotiator Abbas Araqchi, for his part, argued that the UK detention of an Iranian oil tanker off Gibraltar violates the 2015 Iran nuclear deal, also known as the Joint Comprehensive Plan of Action (JCPOA).