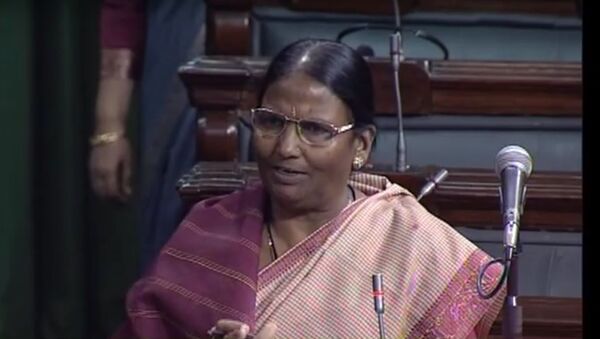 During a debate on Thursday (July 25th), the Chairperson Rama Devi asked him to address the Chair, while making his point. And then Khan said in Hindi, "You look so lovely, I could keep gazing at you."

Speaker Om Birla pacified the angry lawmakers and convened a meeting of representatives of parties in the House, who demanded that either Khan makes an apology or be dismissed from the House.

"I had no bad intention against the Chair (Rama Devi), nor would I ever. I have been Parliamentary Affairs Minister twice, Minister four times and member of the State legislator and Rajya Sabha – the upper House of Parliament. The House knows about my conduct. But if the Chair still feels otherwise, I apologise," Khan told the House on Monday.

​​Rama Devi, however, did not accept the apology, saying "It's his habit to speak such things even outside Parliament. I am a senior MP... he can't say what he feels like... I haven't come here as elected MP to listen to such words."

Speaker Birla asked the lawmakers not to do or say anything that would lower the “dignity” of Parliament, before accepting his apology. He asked the MPs to ensure that no such incident takes place in the future.