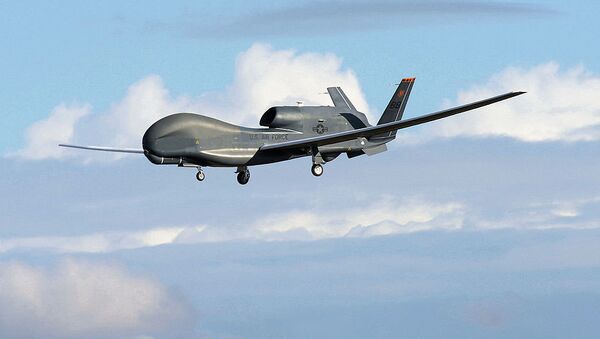 In June, Iran’s Islamic Revolution Guards Corps (IRGC) claimed that they had downed a US spy drone after it had violated Iranian airspace. Washington, in turn, insisted that the unmanned aerial vehicle was destroyed by the IRGC in international waters.

The Indian Air Force (IAF) is rethinking the purchase of 30 American-made unmanned aerial vehicles (UAV) worth $6 billion after Iran’s downing of a US Global Hawk drone in the Persian Gulf region last month, the Hindustan Times cited unnamed military sources as saying.

The sources said that the IAF are now especially concerned about the US drones’ effectiveness and survivability in volatile airspace along India’s border with Pakistan and Chinabwhich New Delhi claims can be equipped with advanced surface-to-air missile (SAM) systems. 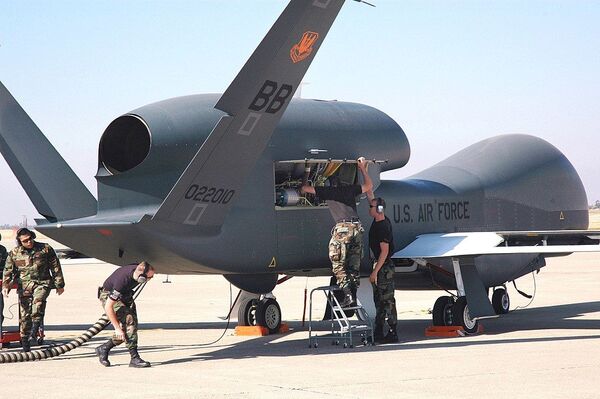 In this context, one of the sources pointed to the fact that the US military successfully used its drones “in Afghanistan, Pakistan, Iraq and Syria as the skies are dominated by their air force”.

As for Pakistan, it is “the only country that has counter-capabilities but will think 100 times before it decides to take out a US drone down with a SAM or a beyond visual range air-to-air missile”, according to the sources.

Tensions between India and Pakistan, who have been embroiled in an unresolved conflict over Kashmir since 1947, were exacerbated in February when about 40 Indian paramilitaries were killed in a bomb attack in Pulwama which was allegedly claimed by Pakistan-based terrorist group Jaish-e-Mohammad.

New Delhi accused Islamabad of providing a safe haven for terrorists and retaliated by staging an airstrike on a suspected Jaish-e Mohammad training camp in Balakot, Pakistan, on 26 February, in what was followed by a dogfight between the two countries. Pakistan has repeatedly denied the existence of any terrorist camps in the area.

Apart from doubts about the effectiveness of such UAVs, the AIF is also weighing  the costly price tag of the US drones as compared to that of French-made Rafale fighter jets that the IAF also plans to purchase.

“This means that an armed drone with full complement of weapons will be more expensive than Rafael multi-role fighter with all weapons and missiles on board. Under the circumstances, the IAF will give preference to acquiring more multi-role fighters with long-range air-to-air missiles and the Indian army will be looking towards replacing its dated T-72 tanks”, one source pointed out.

Iran’s Downing of a US Drone

On 20 June, Iran’s Islamic Revolution Guards Corps (IRGC) reported that they had shot down a US Northrop Grumman RQ-4 Global Hawk spy drone flying over the Islamic Republic’s Hormuzgan province.

US Central Command has, for its part, said that the unmanned aerial vehicle was hit while operating over international waters in the Strait of Hormuz. The incident has further exacerbated the already-tense ties between Tehran and Washington.