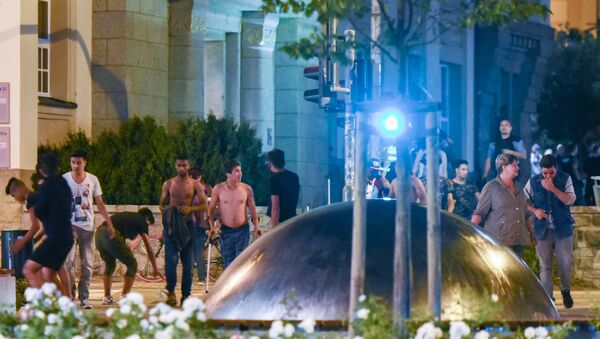 © AP Photo / Christian Essler, XCITEPRESS
Subscribe
Germany has accepted more than a million migrants from the Middle East and Northern Africa since Angela Merkel announced her “open borders policy” in 2015. The German Chancellor has repeatedly been slammed for failing to effectively address migrant influx-related crime, especially after the 2015 mass sexual assaults by refugees in Cologne.

Thomas Geisel, Mayor of Dusseldorf, capital of the North Rhine-Westphalia federal state, has warned that all those migrants who are responsible for last week’s unrest in the city’s Rheinbad pool face deportation.

“Criminal cases [opened against instigators] ... may also lead to deportation acts”, he told the German news network ZDF, adding that all the offenders have already been identified and that the investigation is under way.

According to him, questions about the termination of residence permits for foreign citizens are “in the competence of the relevant authorities”.

Geisel said that he had personally seen a video of what looked like a group of mainly North Africans occupying the pool’s diving tower, insulting the staff and shouting threats, something that prompted the facility’s administration to close it ahead of schedule last Friday. 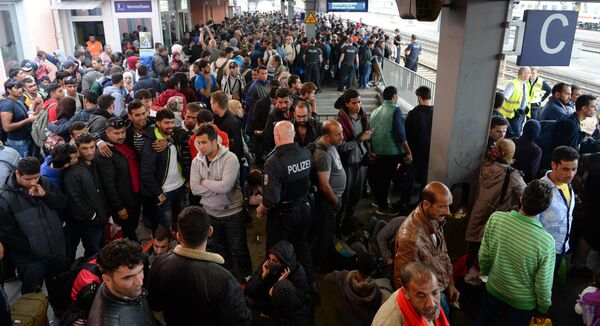 Refugees wait for a special train at the train station in Freilassing, near the Austrian-German border, southern Germany
© AFP 2021 / CHRISTOF STACHE

Earlier, he told the German news outlet Express that in Rheinbadm, local authorities had “introduced an identity card for all visitors".

“Those who do not comply will not be let in. It is absolutely unacceptable and inconceivable that families who want to spend their free time here are harassed by youth gangs,” he emphasised.

Last Friday, at least 20 Dusseldorf police were called to the scene at the Rheinbad pool due to aggressive demeanour of about 60 mostly North African youths who were finally dispersed. Similar incidents in late June prompted the evacuation of the pool’s personnel and visitors on two consecutive days.

Since 2015, Europe has been struggling to cope with the effects of an influx of refugees, with hundreds of thousands of refugees fleeing war and social crises in the Middle East and Africa.

Since then, Germany has welcomed nearly a million migrants amid harsh criticism of Chancellor Angela Merkel’s “open borders policy”, including her failure to resolve migrant crisis-related crime following mass sexual assaults staged by migrants in Cologne on New Year’s Eve in 2015.