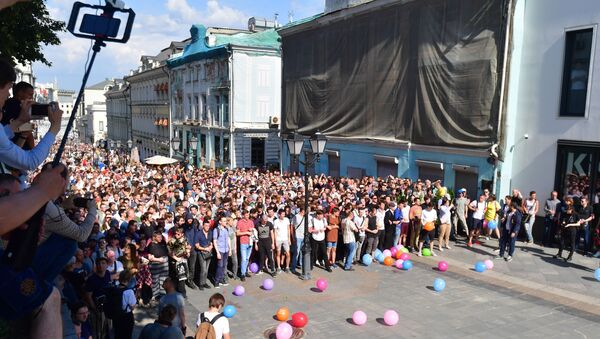 Opposition figures Ivan Zhdanov and Lyubov Sobol reported earlier in the day that they had been detained by the local police.

Police have detained 1,074 people at an unauthorised rally on Tverskaya Street near the Moscow Mayoral building, the press service of the Moscow Police stated. According to the police press office, the detainees have been taken to territorial police units for investigation.

"A significant number of detainees are not residents of Moscow", a police officer said. 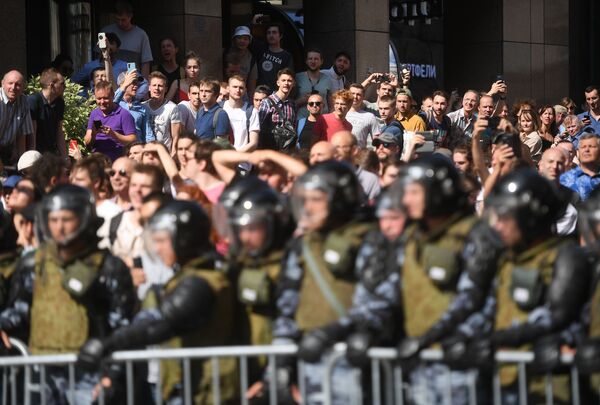 "About 3,500 people are attending the uncoordinated event in the centre of Moscow, of which about 700 journalists and bloggers informed earlier about their participation in covering the rally", the police officer noted.

A Sputnik correspondent reported that the police have fully cleansed both sides of Tverskaya Street of protesters and scattered them over streets next to it between Pushkin Square and Gazetny Lane.

Commenting on the planned rally, Moscow Mayor Sergei Sobyanin said earlier in the day that any attempt to organise riots would not lead to anything good, and that order in the city would be ensured in accordance with the law. 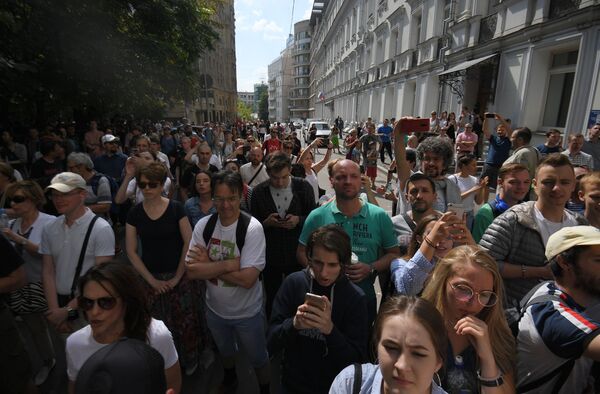 The rally comes after a Moscow court on 24 July sanctioned the arrest of Russian opposition figure Alexey Navalny for 30 days over calling for an unauthorised protest.

A week ago, about 12,000 people took part in a coordinated opposition rally on Academician Sakharov Avenue in Moscow, whose organisers demanded that the nominees for the elections to the Moscow city parliament be registered as candidates.