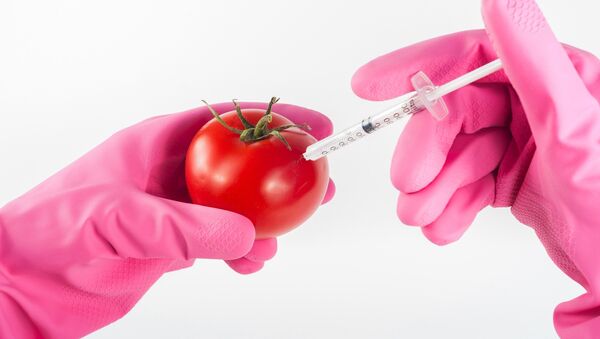 New Delhi (Sputnik): People living in India’s capital city face the risk of suffering from debilitating diseases caused by the vegetables they consume, the latest study has suggested.

Conducted by the National Environmental Engineering Research Institute (NEERI), which functions under the state-run Council of Scientific and Industrial Research (CSIR), the study revealed that vegetables, primarily grown on the floodplains of the River Yamuna that flows on the city's outskirts, contains toxic lead, mercury, nickel and cadmium.

The NEERI study said wholesalers purchase these vegetables in bulk and sell them to smaller retail vegetable markets and vendors.

Coriander, Cabbage and Spinach were vegetables identified with the highest lead concentrations.

The lead concentrations in Spinach, for example, were found to be 14.1 mg/kg, which was far above the safety limit of 2.5mg/kg standard set by the state-run Food Safety and Standards Authority of India (FSSAI).

The level of metals detected in vegetable samples collected from the floodplains ranged from 2.8mg/kg to 13.8mg/kg, the study said.

Prolonged consumption of toxic vegetables could expose people to several diseases, including cancer. There is also the risk of critical organs being damaged, it added.

From there, smaller vendors purchase and resell them to customers in various city markets.

Indian daily the Hindustan Times on Friday quoted Senior Principal Scientist and Head of the NEERI Research institute S.K. Goyal as saying that vegetables were tested for lead, mercury, nickel and cadmium content.

The level of lead in all samples was found to be higher than permissible limits, while in the case of other metals, it was within limits, he added.

NEERI conducted the study in February 2019 and placed its findings before the National Green Tribunal (NGT) in May, three months after an NGT-appointed committee had asked the former to do the study.

Goyal said industrial items like automobile parts, batteries, paint and polythene were responsible for the presence of toxic chemicals on the river bed.

Indian Agricultural Research Institute (IARI) scientists have been roped in to find a solution to the problem.

In 2015, the NGT had banned the cultivation of edible crops and fodder on the floodplains, but it continues.