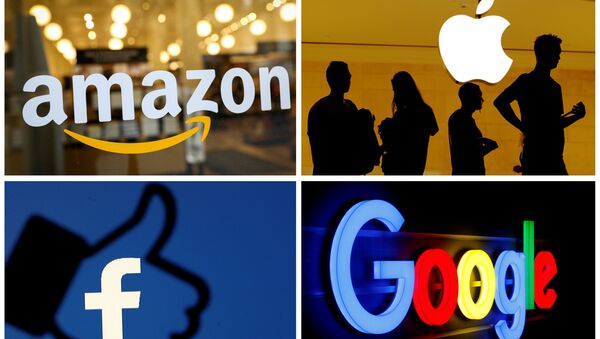 © REUTERS
Subscribe
A Google whistleblower, who said he has been working for the tech giant since 2014, dismissed assurances by the company's leadership that it is not biased, saying that "algorithms don't write themselves". Petri Krohn, a Finnish cybersecurity analyst, sheds light on the controversy.

Sputnik: In the recent interview Greg Coppola, software engineer, who says he has been working for Google since 2014, claimed that there was a 'small number' of people whose jobs were dedicated to promoting specific news sites over others and that the bias is left-leaning, favouring CNN and The New York Times. What do you make of it?

Petri Krohn: Google receives feedback on which link in the search results a user clicks. If most Google users are Democrats or prefer CNN, then Google's algorithms will learn to promote CNN in its search results. The algorithms themselves are written to be politically neutral. What matters is how they are seeded. The internet may contain equally interlinked but competing narratives. Someone still has to choose the root nodes in Google's web of trust. I believe Google gives sites like the New York Times and Washington Post the highest ranking.

The most powerful tool is blacklisting. Web sites are blacklisted based on random political criteria. Anything that can be linked to "known hate figures" or "the Russian government" will be downgraded. 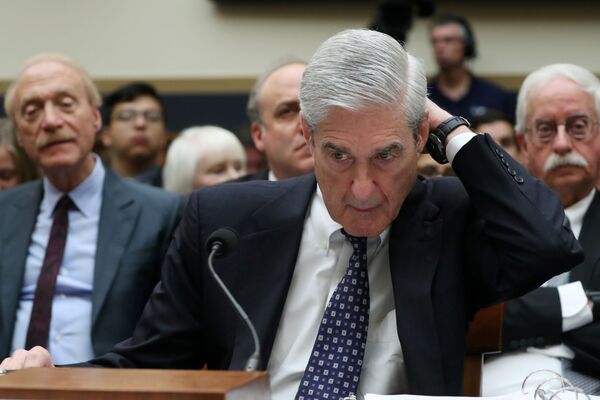 Big tech censorship is not limited to Right-wing Conservatives. Leftist sites like the World Socialist Web Site have seen their readership dramatically fall because of banning and shadow banning.

Sputnik: Follow up - what should conservative sites, media outlets do to counter this? Is it even possible?

Quite often one hears advice like "quit Facebook", "move to Vkontakte", "use DuckDuckGo or Yandex search". This is bad advice. Ultimately this leads to the fragmentation of society. The end result is just like the central claim of Russiagate: Russia aims to destroy American democracy by sowing discord. This is happening already. Conservatives are moving to their own Internet walled gardens without any attempt at reaching consensus.

Sputnik: Greg Coppola said: "I'm very concerned to see big tech and big media merge basically with a political party, with the Democrat party. I know how algorithms are". What is your take on this?

Petri Krohn: The bias is not limited to tech companies. US Democrats have become the voice of the establishment and the elite. President Trump and his Conservative supporters represent the fringe of society. His election shows that there is a large rift between the masses and the elite and its media. Very few American newspapers or mainstream media channels supported Trump for president.

A similar situation happened in Britain. No mainstream newspaper, not even a Labour newspaper supported  Jeremy Corbyn for Leader of the Labour Party. He was elected by an overwhelming majority of Labour voters.

Search engines like Google will reflect mainstream establishment views. The same is true for sites like Wikipedia. On controversial issues, Wikipedia's articles are most likely wrong, but they reliably reflect and faithfully repeat what mainstream sources say about the topic.

Sputnik: Have you ever had any of problems searching for any articles you need on Google?

Petri Krohn: I just noticed that Google has started blocking access to Sputnik in its search results. If an article is republished on another web page, it becomes almost impossible to find the original using Google search.

Sputnik: President Trump after the 2016 elections, ordered the Ministry of Justice to investigate the bias of Google's search algorithms. In your opinion, is it possible to rectify the situation before the 2020 elections?

Beware the Putin pizza!!!!!
Yes, THIS is our "intelligence" community. For real. https://t.co/PYX5elP6Fl

​Sputnik: If an investigation can prove that the Google search algorithms are biased, then what, in your opinion, consequences and or penalties could we expect against the search giant?

Petri Krohn: Trump could go to war against Google, but then he would have to "kill 10 million people". Realistically speaking, I do not think to be pro-Democrat or anti-Trump poses any financial risk to Google. Trump is not powerful enough to challenge big tech or mainstream media.

But Google's bias is not only an American problem. Google is the global leader in searches. Any bias it has is likely to have far greater negative effects outside the US than in the United States.